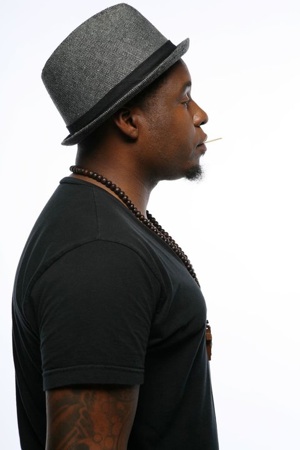 Theme To  (Score) by Jerry Goldsmith
Taken from Roman Polanski's 1974 neo-noir film of the same name. Easily one of my top 3 favorite pieces of music of all time. Though it's painfully short (2:04), I've always been amazed at the gamut of emotions it runs through (terror, curiosity, longing, anger, hope, compassion, and even grief) so effortlessly in so little time. There are no lyrics, drums, bass or guitar, yet few compositions have ever resonated with me as deeply as this one. For me, it's as perfect as it gets.

Truckers Delight by Flairs
I initially came to this one after being introduced to the video for it (pretty twisted, YouTube it if you can), and was initially hooked by how unique it is. It's a house track with a really playful melody, that rarely seems to sit still, meandering from one key to the next every 8 bars, it seems. Though I'm a big fan of house, this particular brand of musicality is a very rare trait for the genre. Also, listening to the synth sounds they use make me feel like a kid with $20 at a candystore: everything's saccharin sweet, brightly colored and bad for my teeth. But SOOO good.

The Lowest 1 Of My Desires by Van Hunt
This song is genius. It's about a guy who, put simply REALLY wants to f*** this girl. The genius part is that the music, from the minute it starts, creates that same, primal urgency as the lyrical tone does. The drums provide a relentless, almost mindless pulse, set against a sparse backdrop of chicken picking guitar, and skeletal analog moog tones. Add to this his ability to deliver such a base emotion in a surprisingly cerebral fashion times, well it makes this one a winner for me.

Theme To Bioshock (Score) by Gary Schyman
This piece is actually from a video game of the same name. It's the first orchestrated score you hear as you're introduced to the world you're about to get sucked into for the next several hours, and does an incredible job of creating a feeling of tension and intrigue at the same time. It moved me so much, I started listening to it even when I wasn't playing the game.

Feel It All Around by Washed Out
I'm going to sound weird, but follow me...Don't know how many of you feel this way, but good music can often (to me) feel like taking a drug. I hear a certain song and my heart rate slows, I lose most all interest in anything I'm doing, prioritizing my attention instead on the textured chord changes of the music that's slowly filling my head with thick, viscous colors. Somehow I can find a way to easily make it the perfect soundtrack to whatever is happening, wherever I am. The very first time I heard this tune, and every subsequent listen after...that's what happens to me. Every. Time. Told you I was weird.

http://www.bedouinsoundclash.com
http://www.piratesblend.com
Last modified on Monday, 26 March 2018 13:56
Tagged under
back to top