Get To Know "Darky Roots" 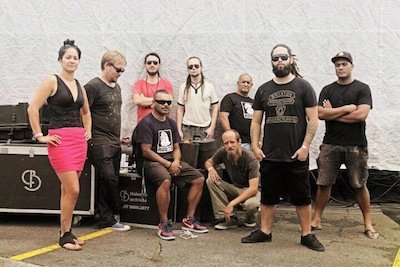 This Brisbane-based outfit formed in 2008 and had a humble beginning four years later have created something a little like hysteria on the Australasian roots reggae scene. They’ve rocked sets at every major Australian reggae festival and have shared the stage with the crème de la crème of the world’s reggae scene

Darky Roots are set to turn heads with a new dance hall-infused sound, taking fans down a different road from their previous releases, Wrong Place and Journey and the Night time EP’s, But don’t despair; the tight harmonies, conscious lyrics and catchy melodies and recently established horn section and revamped 9 piece monster band, make this debut well worth waiting for.

Darky Roots have toured to Melbourne, Sydney, Cairns, and New Zealand twice in 2011 and have received local, national and international airplay.

The band is currently hard at work on the debut full length album with a release date due out in Dec 2012 world wide via iTunes and physically through Vitamin records.