Get To Know "The Valkyrians"

Get To Know "The Valkyrians" 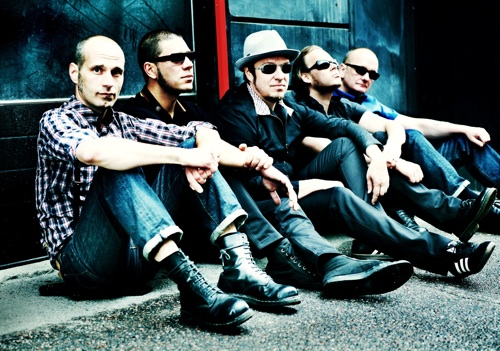 It always fun to find out about new bands. Our Get To Know section is created strictly for that, band that are new to you, at least I hope. The Valkyrians are a band that will interest some if not all. With a new album soon to be released on Oct 8, 2011 it was a good time to Get To Know this band from Finland. See their profile below along with a few tracks from the upcoming new album.

Something pretty unexpected is going on in Finland. All of a sudden deep, emotional, percussive and hugely enjoyable rhythm music is breaking through. There are bands who funk like brothers in the 70’s, there are bands who take their 60’s soul at least as far as the amy winehouses of this world have done. And then there are The Valkyrians who combine early reggae, ska and rock steady to make music that nobody does any better. No wonder the world is getting ready to listen.

First there was a wedding party. And five friends who had played in different kinds of bands all their lives; from post punk to grunge, combining jazz from hell to flowery pop. Suddenly they realised that people really want to get up and dance, ”free your mind and your ass will follow” as George Clinton once famously put it.

So they just had to form this band. First a few clubs, then festivals and all kinds of awards: ”The Most Dancable Act of 2006”, ”Best Song Of 2006” to name just two. Then the word got around in ska circles and soon they had to take their action to mainland Europe too. Now, a couple of years later they can actually think of Berlin as their second home town.

So what is behind all this? What is their mission? As the mercurially fast front man Angster puts it: ”We want the people to get on their feet and move it. There is no other way to tell if the audience really is with us. Once they start to shake it, we just know it”.

Their debut album ”High And Mighty” (2006) reached #26 on the national Finnish album chart and got a lot of air play on dozens of radio stations all over Finland. It was also released in Germany, Benelux countries and Spain in 2007.

The second album "The Beat Of Our Street" (2009) mixes chinese taikonauts with eerie theremin sounds, massive rhythms, a in-your-face horn section and brand new self-penned songs. The album reminds everyone that ska music is being born again at this very moment.