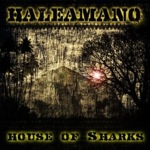 The opening song, “Recession”, had me dancing before the lyrics even started and is more on the traditional roots side of things. The lyrics cast attention towards....

Review by Ashley Allred of MusicBailout.net

House Of Sharks is Las Vegas based reggae band, HaleAmanO’s first album and is actually self-titled. HaleAmanO translates to “house of the sharks” in the Hawaiian tradition. The album attempts to account for every variation of reggae music (i.e, roots, soul, dub. etc), and with 12 solid tracks there is something for everyone.

The opening song, “Recession”, had me dancing before the lyrics even started and is more on the traditional roots side of things. The lyrics cast attention towards the political turmoil building in the world and even call out the President himself, “Where is the change, when’s it gonna stop, Mr. Obama won’t you please hurry up?” Even with heavy lyrics the song is catchy and had me hitting “repeat” more than a few times.

The song “Love me for me” is a more upbeat tune that showcases the group’s great harmonizing abilities. Ryan Fleming’s (a.k.a PochoMon) deep ragga vocals add a pleasant contrast to Waahila’s soulful melodies. Both men contribute strong vocal skills that give HaleAmanO a distinct edge as they have the best of both worlds.

“Sky Down” really lets each member of the band shine. It starts off with Shred’s funky guitar rhythm layered with the ringing organ played by Chris Parkhurst. Jordan Rosenthal's deep rootsy drum grooves keep the beat moving and Juan Lopez is subtly added to the mix with a hard-hitting bass line that you can almost feel before you hear. Then like an explosion the entire band comes together and immerses you in the song.

HaleAmanO has the unique ability to successfully blend tranquil island vibes, soulful harmonization’s and dub effects with the hard-hitting bass lines and skankin’ back beats that are common in reggae music.

Their ability to transform from one sound to the next shows us just how versatile they are.  They are the definitely a band to look out for and from the sound of this album, they will be making us move out feet for years to come.

More in this category: « The B Foundation Souldub »
Login to post comments
back to top