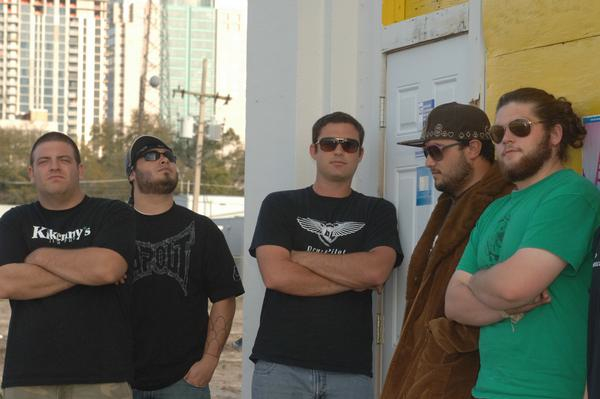 Any big things happening for you guys in 2010?

Zech: Oh yea. Were just going to lay it down like we do. If we can do what we did last year times 10, then we will be happy.

Nassur: We actually got some really cool stuff going on right now, some things we have been waiting to happen for 5 or 6 years. We have the proper people representing us to finally make it happen.

Tell us about the new EP “Bottom Out” and its difference from your debut?
Zech: Haha, well this one wasn’t recorded in Masre’s bedroom. Even though we had some good times in the bedroom haha. This time we went all out. Best of the best as far as everything. Its finally got the tracks everyone wants to hear and was the first time people could hear what we actually sound like. We had been waiting years to let people hear the real Hor!zen that couldn’t be understood at shows and now everyone can do that. Lots of passion and heart can be heard on this.

How was it working with James Wisner on Bottom Out?
Zech: I don’t know, he just got us. We just vibed well and partied and got really high, and he understood our sound better than anyone could have. Plus we got him right the day after his sessions with Slightly Stoopid, so he was already on a good wave of energy. So, thanks Slightly Stoopid!

Nassur: Yea, I mean it just couldn’t have been a better fit. He just looked at us after our first take and we all knew this was going to work. His work speaks for itself.

Do you feel his contributions made a drastic difference in the quality of this new album versus you last album?
Nassur: To put it simply, the dude just understood our vibe, and he loved it. We love the raw dirty south rap scene and we love reggae music. He’s in Miami so he knows our favorite rappers like Rick Ross and Qball, plus the dude is a Grammy nominee for Toots, so he got it. 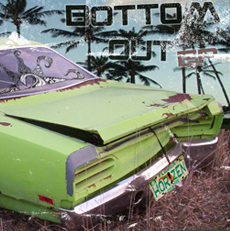 You guys released “Past Due” in 2005, why did it take so long to release “Bottom Out”?
Nassur: It just had to be right. We all got baby mammas, no money, but a lot of love for this scene of music. We just kept playing and playing. So, after we got management and found the right producer in J-Wiz, it was just time.

Will you guys be touring any time soon?
Zech:Glad you brought that up! We got a REALLY cool touring announcement coming up. We will be supporting a band that you all know and they have a cool sponsor supporting it. I guess I am not supposed to mention the details yet, but from what I’ve heard were hitting up every major city in the FLA and some of Georgia. Yo, here’s a hint we played a show with them in December and their east coast too. 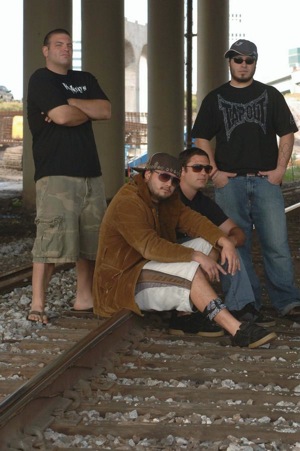 What are some interesting facts that fans should know about HOR!ZEN?
Zech:Umm, I could say some weird stuff haha. Nassur?

Nassur: We have been a band since 2003 not a lot of people know that. Oh yea our lead guitarist is 6’8, he’s super tall, and Masre, our soundman, kinda like our “Miguel” has been with us from the start as well. We can’t play a show wit out him.

What was the motive behind writing the infamous song against P.O.T?
Zech: Ahh yes. Well kinda for this reason right here. I mean were huge hip/hop fans and we wanted to do our own diss song. Its called “Run It.” To be honest there was some beef. Hor!zen gave Part One their first shows in Florida. We played with them, pumped them up, did a bit of touring. Then they moved to our area and started claiming it as their own and we honestly felt that they totally jacked our vibe and piggybacked our crowd. Their from Cape Cod, you know?

Are you guys civil now?
Zech: We just wanted to rustle some feathers. Rob D called us up and wanted to meet at the “KFC behind OBT,” if you know the lyrics hahaha. Nah, we are all good, we didn’t mean anything crazy, its harmless and he knows that. They work hard and do their part. But we love playing the song!

Will we ever see a Hor!zen/ P.O.T show or tour in the future?
Zech: You never know?

Nassur: Its definitely been brought up, I think it would be awesome, good for the fans, and awesome for promotional reasons. It would be funny tho for sure.

What would be your ideal band to tour with?
Nassur: So many. We are huge fans of John Browns Body, and hosted them in Orlando last summer, and sold it out. Touring with them would be just so awesome. We were supposed to do their FL run coming up, but I think scheduling messed it up. That would be our first choice, we respect them so much.

What musicians do you guys really look up to?
Zech: Sublime, Qball, Rick Ross, Stoopid, JBB

Are you guys looking to sign to a record label anytime soon? If so which one?
Zech: Absolutely. That’s the route were going and how we have designed ourselves recently. Which one? One, that will put faith and money into us so we can tour and put out a good product.

What’s been the most memorable experience Horizen has had to date?
Zech:Wow! Over 7 years their has been many. I think I know what Nassur is going to say and I agree.

Nassur: Yep, selling out Orlando with John Browns Body. Sharing the stage with those dudes and getting to chill and form a relationship with them was the best. But this tour coming up might come close to that. Get back to us in a couple months ha!

ZECH AND NASSUR: On behalf of the band we just want to thank Sal and Stephanie at Music Bail Out.net, for showing all the love for us. And mad love to anyone who took the time to read it. Send us a message on the Myspace if you want the new CD. Let’s piss of our management and tell them we said if you read the interview you get a free CD!!!!

Management/Booking: This email address is being protected from spambots. You need JavaScript enabled to view it.

This Interview was conducted by Musicbailout.net contributor Stephanie Morgan