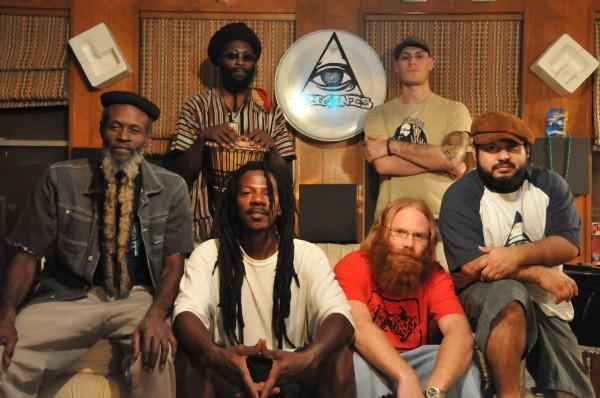 IDIGINIS is a band of Souljahs from different parts of the world coming together to show the oneness that has existed in music since the beginning of time. With the utmost love and respect for each other and the music you can feel it. IDIGINIS is a band for everyone. If you love reggae music then you know this music can bridge gaps, change hearts, minds & ideas...

...THE JOURNEY HAS BEGUN... WELCOME TO THE WORLD OF IDIGINIS

IDIGINIS has been building a following fast - pumping out their mix of tuff roots reggae with hints of rock and a touch of dub. The reggae vibe is growing as well as the numbers in IDIGINIS army of souljahs here in the U.S. and abroad. When you hear IDIGINIS music the message is clear - Reggae music in TEXAS is real. The band plans to tour extensively in the coming years, so watch for updated tour schedules for a date in your city.

IDIGINIS has completed and is currently selling on line their self-titled debut EP. The five track debut features the first single "Jah Kingdom Come" with a dub version serving as the bonus 6th track. The EP is currently available online through iTunes, Napster, Rhapsody, Amazon, eMusic, and more. The record was produced and engineered by MD Thompson @ Ivory Tower Studios in Houston (The Midnight Pilots, Jack in the Pulpit, Victoria, History of Our Presence), and mastered at the legendary Lion & Fox Studios in Washington D.C. (Gregory Isaacs, Mad Professor, Midnite, Groundation, SOJA). We would like to thank you in advance for just stopping by, THANK YOU. IDIGINIS hopes you enjoy listening to the music as much as we enjoy playing the music. JAH BLESS, JAH GUIDE, RASTAFARI!
source:myspace.com/idiginis
Myspace
Facebook
Twitter
Last modified on Tuesday, 29 May 2012 03:15
Tagged under
back to top