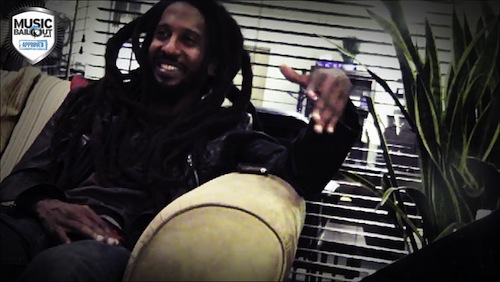 The worldwide touring and eventual legendary Kingston, Jamaica reggae group, Rootz Underground kicked off their Rootz ReLeaf 2012 Tour on March 28, at Cervantes, The Other Side in Denver. Even after a redeye flight and less than a day in the states, the guys were fired up during sound-check and were happy to meet back at their hotel before the show to talk about themselves as musicians, the upcoming album and endeavors spreading Jah message, beyond music. I didn’t cover things like, “How they came together a band” because truthfully, these guys have been playing together for over 12 years, have multiple albums and consistently work with brilliant classic reggae producers and artists such as Wayne Armond, Rory Gilligan and Bobby “Digital” Dixon. This was more a free flowing conversation with lead singer, Stephen Newland opening up and diving in on the elements of being a reggae artist. Rootz Underground is talented, inspirational and true, get to know them!

Tonight is the first night of the “Rootz ReLeaf 2012 Tour”, tell me a bit about that and further plans beyond this initial run?

The tours are solid, we have about 20 gigs in the next 23 days so we’re working hard, vibes good. After this piece of the tour, we finish in Texas at the Austin Reggae Festival we return home for two weeks and then we’re right back to the East Coast. Washington D.C., Philadelphia, New York City and more. From there we go to Switzerland, Austria, Düsseldorf, then back to Jamaica. Then we are back in the states by the end of June, you’ll be seeing us plenty! 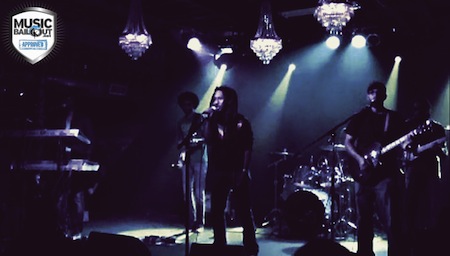 On being a dedicated, world touring musician…

It’s more than doing what you want to be doing because it’s internal but it’s also being able to spread Jah message and the work that the forefathers and the other elders of reggae have done. Keep it going, keep the message and the unity of reggae going. Which is what we’re here doing, continuing tradition.

From there, we spoke about RootzUnderground.com and how the Rootz are very engaging with fans…

Well, technology in one breath is super duper. Communication to link up worldwide helps us with promotion. In another breath, it’s also caused there to be a lot of clutter and even substandard production, technology is just a thing. How it affects the music business at large is that it opens some doors and closes others. The simplest example is that records used to sell more, now less. While it does this, it exchanges for more promotion worldwide, person to person communication through social network, immediate blasting out of your sun worldwide! So these are things in short term, distribution and publicity that we didn’t have 10 years ago and it’s important to know the people that care for our message.

You’ll hear new songs all tour, “Strength of my Days”, “Kingston Town” to name a few. Not just the first album but also on the second and all of our other works so far involved a lot of other musicians. We’re going to have some special guests on the album so be ready. 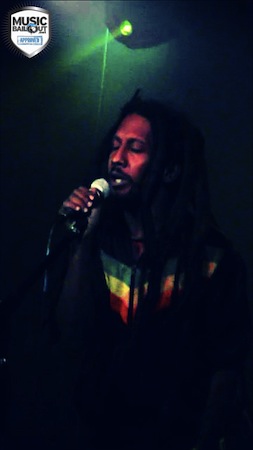 Moving on from the music itself, I ask about the Rootz ReLeaf Project and the good works Rootz Underground takes part in…

We aspire to do righteous things, through the most high Jah who inspires us. We try to improve everyday and encourage others to do the same.

The ReLeaf Project is an ecological thrust worldwide. The symbolic element of it is tree planting and the idea is that we are oxygen farmers. We’re farming oxygen, the more trees we plant by numbers and leaf surface area, the better it is for oxygenation of the atmosphere. On the most basic, physical level that’s what is about care, we’ll call it TLC because the farmers must take care of the crops. On the most basic spiritual level, it’s a symbol of faith, perseverance, and allowing Jah to take control, allowing Mother Nature to take control. These are some of the spiritual elements of what the program embodies.

Although it’s tree planting at the core of it, it’s really a holistic, environmental awareness and activity to make it better for I and I, the people to be in it. It’s also about pollution, energy conservation, recycling and composition and green practices, even nutrition. There’s a spirit of glut, or gluttony which can also be combated by fasting and by awareness by what is really going on in terms of food shortage and famine. This is a symbolic and metaphoric program and it’s set there because just like anything good, things take time to grow. This is what it’s really about.

So how can people become involved…

To be a part of it, simply plant a tree… Plant AND take care of it of course. Water it, all the care that’s necessary. You can then tag it with your smartphone, go to Rootzunderound.com/releaf, email it to us and we’ll include you in our forests. This is our global forest which is a representation of unity and togetherness.

Some people live in the city, they can’t do it, while some other people live in a country with a bigger farm, they can do more. If everyone can get it together than it’s something called collective security. Together we just make it happen, ya know? You come in you have bread, I’ve got lettuce, the next guy has tomato, next man has whatever, we’ll make a sandwich together, cut it in four pieces and share it. I have vegetables, you have a drink, next man has meat, every man comes together, shares and everyone is happy so this is the idea.

These are some of the ideas, we definitely have to pick up more partners. Along with La Reserva Forest Foundation in Costa Rica, together we’ve planted 75,000 trees since January 2010. We’re just beginning but we have a lot of work to do, clearly. It’s progress but we’re also going against the speed of development which is at a rapid speed. Right now, the west, well all over now, is overdeveloped in my estimation. What it’s doing is that, it’s really causing a lot of problems that we’re not ready for as people. Not that we are against development but we’re trying to create a balance, we are the antithesis to this so-called development.

Respect and give thanks!

Many thanks and much respect to Stephen Newland for opening up and sharing the Rootz Underground passion for encouragement in one another and betterment for the world we live in. These guys are a prime example to live by your believes, understand the message of the music you listen to and to engage further for true inspiration.