Get To Know "Jay Keyz" 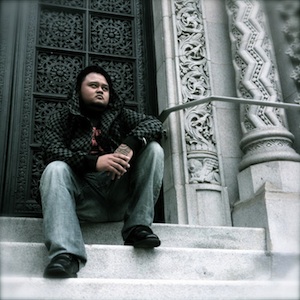 Jay.Keyz born Jorell Nacapuy is a producer, business man, songwriter, and sought after musician from the North Shore of Oahu. Influenced early on by a musical family Jay.Keyz’s wide range of feels and styles can be heard throughout his playing. His cousin is a founding member of the “Krush”, his uncle is a first call bassist who has performed with some of Hawaii’s legendary performers, and his family’s deep involvement with their church choir, has kept his musical pallet bursting with inspiration. At a very young age he was listening to classics from Tower of Power, The Crusaders, and gospel classics from groups like the Winans.

Starting classical piano training from the just the age of four it wasn’t long before it was apparent that a unique talent was being forged. By the tender age of 15, Jay.Keyz was already playing in the nightclubs of Waikiki. In 2005 Jay.Keyz joined the band Hot Rain. While holding down the keyboards position, they have backed International reggae artist Jr. Reid, Petah Morgan from “Morgan Heritage”, Eek-A-Mouse, and Tanya Stephens.

In the studio Jay.Keyz is usually the “go to guy” and a favorite with the producers, for his ability to covet their ideas to tape on the first take and his ability to switch between piano, synth and organ with relative ease. He has worked with Maxi Priest, Konishki, Fiji, DJ Audissey, Mike Love, Malani Bilyeu from “Kalapana”, Kawao, Siaosi, Kiwini, Laga Savea, B.E.T., and Conscious Roots to name a few. The list can go on.

As a keyboardist he has played “Live” with Carmen Grillo and “Rocco” Prestia from “Tower of Power”, J Boog, Fiji, Camille Velasco, Jasmine Trias, Melveen Leed, Natural Vibrations, Opihi pickers, Yvette Nii from “Hiroshima, Claudia Vasquez, Keahi Conjication, Gabe Baltazar, Kapena and much more. In 2008 he was a member of the Andy Bumatai band on the “Andy Bumatai” Late night show for over a year until they went under....during that time he had the honor of playing piano for Neil Sedaka.

When asked to comment on his music, Jay.Keyz responded: “I just want my music to make people reminisce about something they've enjoyed or loved in their life. To take them back to a place where they've run to - to hide from any trial or tribulation they've gone through. They don't have to see the picture that I saw when I wrote the song, but if the song means something to them, if it means so much that they've painted their own picture with my music, then I've done my job. I'm just trying to bring back some innocent romance into the islands!”