Get To Know "Laid Blak" 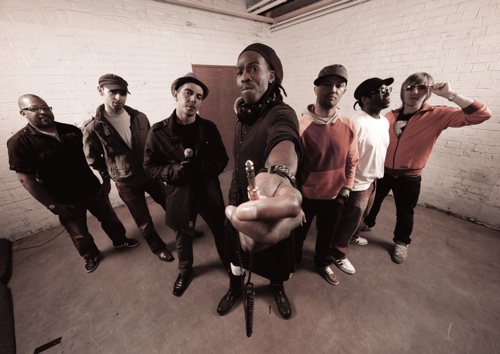 Laid Blak was created though the partnership of Bristol producer DJ Bunjy and MC Joe Peng. These two veterans of the Jungle scene earned their stripes rocking the biggest sessions throughout the 90’s rave scene. As
they matured, their musical voyage led them to some of Bristol’s finest musicians – fast forward 5 years and what started as a studio project has become a festival seasoned live band that has been described as ‘Awesome’ and ‘The essential festival act’.

Legendary MC Joe Peng shares front of stage with the vocal rocket launcher that is Flex. Fresh from his OBlitr8 project, Flex has the voice and stage presence to grab any audience and captivate them! The band line up is completed by Lupo, Rich, Ollie and Fingerz, who are equally tight, polished and completely at home whether playing ‘good times’ carnival music or the heaviest reggae.

No one ever forgets a Laid Blak performance; the charisma of the vocalists and the strength of the songs stick in the mind for good!

To Stream their recent release The Red Album click here.