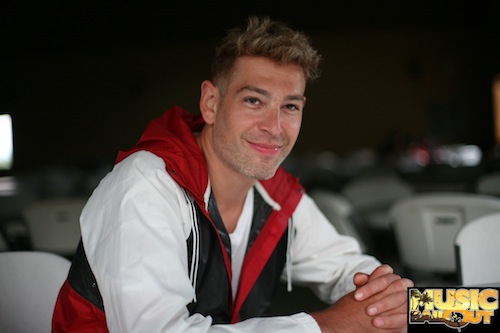 Matisyahu walked up to our table with a warm smile and introduced himself as Matis. To be honest we didn't recognize him at first without the beard. He had to kind of wake us up as he walked towards us. He is a very handsome man with a tall welcoming demeanor and was very relaxed during the interview and open to expressing insight into his latest album, Spark Seeker to be released July 17, 2012. Matis comes off as the kind of person who cares about equality for all. The word at the festival was that he even did away with the VIP section in front of the stage during his show because he didn't think there should be a separation. We were very thankful for the interview time and hope you enjoy the interesting insight shared. One last thing to mention is that the guy has moves! During his show he was all over the stage and moving around in ways I've never seen a tall man do. It was very impressive to say the least.

Do you hold a special place in your heart for Austin, Texas having recorded Live at Stubb’s?

There’s a lot of history there, because that's the record that broke me. We go back there and play all of the time. We made a second live record about a year ago and did that at Stubb's too. Austin is a great town.

So the initial recording in Austin, was it just per chance Stubb’s was the venue picked for the recording?

I think it was a decision by the record label at the time. At the time, they wanted me to go as far away and record somewhere that was not a religious place. Austin is known for being a music town, so that had something to do with it. 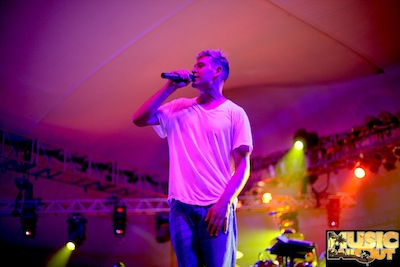 Will there be a Live at Stubb's 3?

Oh, I don't know. We'll see. I'm not there yet. Next record I make I'm thinking about recording it live with live instrumentation, but it won't be a live record. It'll be a studio record.

Your new album - how was that maybe influenced by recording in Israel?

Well for one thing, we have songs that we wrote while we were there. We have one song that we wrote based on a day trip that we took. That song’s called Tel Aviv’n. We have a bunch of songs that we wrote while we were there. Musicians came in and played that really blew us away. So, we ended up recording all the material there live with some Middle Eastern style and instrumentation. It was a totally different vibe from what we were creating in the studio in LA, which was more pop-centric or digital kind of sounding. After we got all of that material [from LA and Israel], we blended the two together. We spent like a year trying to mix the two worlds and we came up with these songs and a record that really has a flow and a feeling or theme of being in a desert. It’s a theme of something ancient. It's cool - I'm glad we went. It was very organic the way it happened. The producer had heard good things about Israel and said he wanted to go. At that time we weren't really necessarily set out to make a record together; we just recorded a song, Sunshine, which is the single out right now. Whenever I was in LA, we would record and one day he said “let's go to Israel; I want to check out Israel.” So, I said alright we'll go. I got him a ticket and booked a studio for like 10 days and he loved it. That's when we said alright; this is going to be one record. I'm not going to use a bunch of different producers and get tracks from a bunch of different people. It became like a real cohesive kind of thing.

Where did the picture from the cover come from?

That was from one day when we were out in the desert. We were sort of on the West Bank area and we met this Bedouin tribe. My manager's wife was there taking pictures and she took that shot. When we were trying to come up with a picture for the cover; I just felt that image was really kind of powerful for the title Spark Seeker. It has that whole wild desert kind of feel to it. 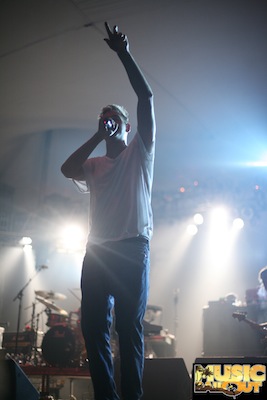 With live performances being such a big part of your music. Do you try to make every performance unique and if so, how?

Definitely. Almost every song that we play has built in sections for improvisation, so we improvise a lot and extend things a lot. We try to stay open to allowing the music to go in whatever direction it's going in. I always like coming to a show not knowing what to expect and just try to get into the vibe. That has to do with the music, the people, our head space. To me every show is really different.

What was the first thought you had when you cut off all the hair?

I was in New York when I did it. I was by myself. I just realized in that moment that I was going to do it and I found a Super Cuts where there wasn't really a lot of people in there. I just didn't want anyone there who was going to take a picture. It was just me and this woman (who was cutting hair) and I told her to cut it all off. So she's cutting it and I told her I had this beard for 10 years. She was really taken by it. And I was looking at my face in the mirror and was like whoa this is weird. It felt so weird. And then I was walking in as I was going to go into Synagogue and I was like are people going to recognize me? Or are they going to be like what's going on because I hadn't mentioned anything to anybody yet. I hadn't even called my wife.

How did your wife react?

I think she took it pretty well, actually. I was surprised. I thought she was going to be more affected.

Anyone you're looking forward to seeing today or do you get to enjoy the festival?

I get to see some old friends. The guys from SOJA I know. Last night we were at a festival and I got to hang out with Wiz Khalifa. Got to see some friends from Sublime and Dirty Heads; some camps that we've all toured together for quite awhile. 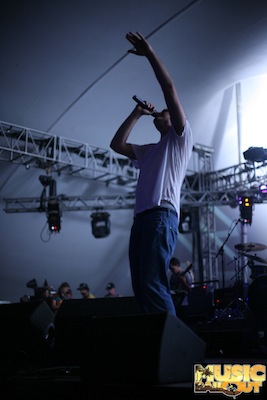 And as the years go on, you sort of see each other again every summer on this tour or that tour. It's cool you feel a certain comradery with certain people. Like last night I saw some friends and no-one believes it's me when they see me. I walked in and I saw the bass player for Sublime and I was like “hey man what's up?” and he kind of just looked at me. I said “remember we took a shower together in Milwaukee?” It was this club called the Rave. They had a weird big shower room. He couldn't believe it was me. So, it's been funny to keep getting everyone’s reaction.