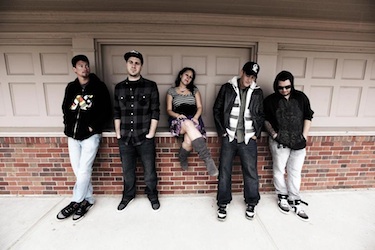 Nevergreen is a product of several years of experimentation. Its members, all originating from upstate New York, have roots in several genres of music from metal and punk rock, to pop and hip-hop. This combination, along with influences such as No Doubt, Incubus, and Sublime, yielded a blend of progressive rock and reggae, and the "je ne sais quoi" that is Nevergreen. They released their first studio production, "The Light Show EP," in 2008, followed by "The People to Paradise EP" and the "Roc City X-mas" single in 2010. Nevergreen then immediately began working on their first full-length record. The music video for the band's single "Platinum Pedestal" debuted in July of 2011 and "A Lesson in Leisure" was released in September. The outfit currently performs at music venues and festivals in Rochester, NY and surrounding areas, and will be booking all across the United States in 2012. Nevergreen continues to evolve, slowly defining its existence in the music world.