Get To Know "Seedless" 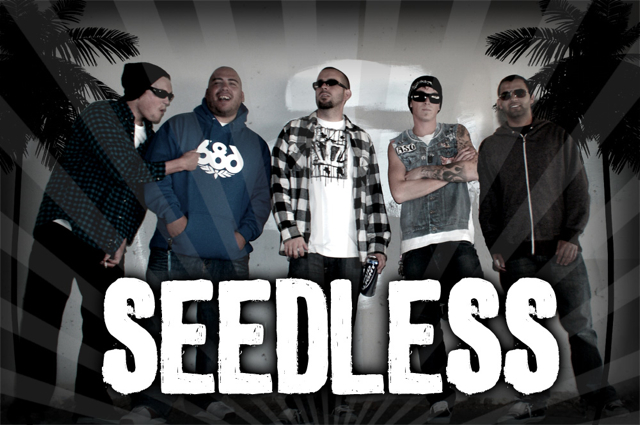 Seedless' live show is anything but ordinary. A Reggae/Dub/Rock band from the heart of California's Orange County, Seedless was formed in the summer of '06. SEEDLESS has a sound of it's own that is said to be hard to categorize. It is considered to be a "new found sound" in the local neighborhoods and the general Southern California vicinity. They have the ability to go from dub rock reggae to hard hitting metal instantaneously, while keeping everything smooth as silk. Life itself and the curve ball it throws at us has an influence on the music, the lyrics, the live show, and their overall wacky personalities. The moment SEEDLESS begins playing, whether it be in a dumpy backyard in downtown Orange, to getting the crowd moving at warped tour, the ever thriving cult following of fans rush to the stage in excitement. Seedless keeps coming with fun, feel good reggae songs that are sure to touch anyone, anywhere, from any form of life. After releasing their Debut EP "Lost in Kali", they quickly gained much hype from fans and followers and are sure to come back swinging with their second album, set to release in December '09. Enjoy Seedless and tell your friends!