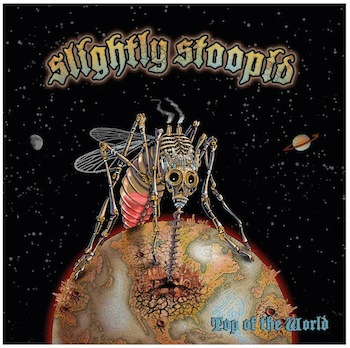 Slightly Stoopid have set an official release date of August 14, 2012 for their new album "Top of The World". Some of the guests musicians that have been confirmed are Reggae legends Barrington Levy and Don Carlos of Black Uhuru for the tracks "Ur Love" and "Marijuana". Also to appear on the album are G. Love for "G Man Blues" and Fishbones Angelo Moore on "Ska Daddy". Chali 2na, former Jurassic Five member lends his vocals on the track "Just Thinking". With such a star studded cast to apprear on the album you can bet Slightly Stoopid is not only feeling on Top of The World but will be on Top of The Charts come August 14th.

Be sure to keep checking back here on MusicBailout.net for more details about the new album.