Get To Know "Sonni Shine & The Underwater Sounds" 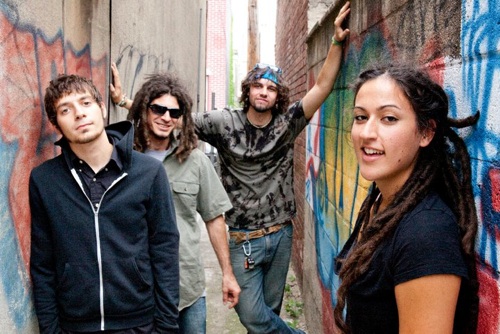 Sonni Shine & the Underwater Sounds have been creating music since the summer of 2009. Heavily influenced by the soundscapes of dub and roots reggae, Sonni and The Sounds have found the perfect fusion of ska, funk, reggae, and rock together with psychedelic improvisation.

Their self-titled debut album, released in July 2010, features a variety of guest musicians from the Philadelphia area; all brought together by producer Alec Henninger. It is a lush collaboration, recorded both at Drexel and Temple Universities, inside their respective Mad Dragon and Belltower Studios.

Known for their energetic live shows, this four-piece has been turning heads with their unique mesh of styles and sounds; and it has not gone unnoticed. The Sounds have performed alongside such prestigious acts as the English Beat, the Slackers, Badfish: a Tribute to Sublime, The Movement, Psychedelphia, Predator Dub Assassins, Cheers Elephant, Soul Cannon, and many more.

In the summer of ’10, these guys expressed their DIY effort booking their own 3 week "Touch the Sun" tour of New England. The tour was a co-headliner with fellow Philadelphia native, Touch. New faces across the Northeast eagerly took a following to The Sounds.