"Ska and Reggae Bands Making Their Presence" by Jason Gallagher

In 1994, taking its name from the skateboard magazine, Warp Magazine, the Vans Warped tour made its debut in the concert circuit thanks to Kevin Lyman.  While Warp Magazine was short-lived, the Warped Tour is still going strong 17 years later.  In the past, the tour has been tailored more toward the hardcore music scene....... 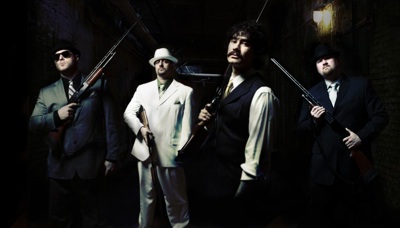 In 1994, taking its name from the skateboard magazine, Warp Magazine, the Vans Warped tour made its debut in the concert circuit thanks to Kevin Lyman.  While Warp Magazine was short-lived, the Warped Tour is still going strong 17 years later.  In the past, the tour has been tailored more toward the hardcore music scene, hosting bands like Underoath and August Burns Red among many others.  This year, however, several well-known ska and reggae bands, like Passafire and The Expendables, have managed to push their way into the lineup.  Music of this genre has been displayed on the Warped Tour in previous years, with talent like The Aggrolites and The Long Beach Dub All-Stars, but not yet to the extent of this year’s reggae heavy lineup.  It is my hope, as I am sure it is many others as well, that there will be a positive response to the new music on the tour and it will be a reoccurring theme on the Warped Tour in years to come.

A higher concentration of these bands in 2011 displays the growth and evolution of the Warped Tour over the years, moving from a bill consisting of primarily heavy music to one with various genres thrown in as well.  They have embraced the ska and reggae music scene with open arms and have broadened their fan base as a result.  As the tour integrates new bands and sounds into their shows, the Warped Tour as a whole will continue to evolve into something that I believe will be bigger and better than before.  The new blood on the tour will not only reach out to a wider range of listeners, but will at the same time stray away from the rut of single genre tours that so many other music festivals have fallen into.  It will be interesting to see how the long time fans of the tour react to the newfound presence of reggae and ska amongst the more hardcore music they are used to seeing and if they will be as accepting as others have been.  I know that bands like Big D and the Kids Table and The Aggrolites have played more than once on previous tours, so hopefully regulars at the Warped Tour are already accustomed to the sound.  That being said, from what I have read so far on the tour’s website, fans are psyched about the appearance of the new reggae bands this year.  Hopefully the positive energy from the site will translate into a good turnout for the shows this year.

Just a few bands to look forward to at this year incredible Warped Tour Lineup:

Big D And The Kids Table