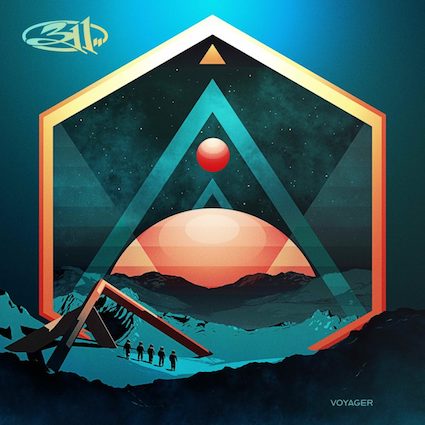 311 is on track for a loaded summer. The band will be releasing, VOYAGER, their 13thstudio album consisting of exactly 13 songs on June 28th.  Four of the tracks were recorded with Grammy-nominated producer John Feldmann (Blink-182, Panic! At the Disco) and nine of which were recorded with longtime collaborator/live engineer Scotch Ralston, who produced 311 albums Transistor, Soundsystem and Stereolithic.

About naming the album VOYAGER, 311 vocalist/guitarist Nick Hexum says, "Our albums have become almost like a captain's log documenting our band’s ongoing voyage through musical styles, while also capturing our feelings and life experiences. With each album, 311 continues to voyage, explore and push our musicality into new dimensions."

For those giddy with anticipation for the new release you can hear two new tracks off the album "Good Feeling" and "Don't You Worry".

“The song title says it all - being about the best stuff in life; celebrating joy with loved ones. This song is an antidote to all the fear, anger, and division so prevalent in society today. Musically the song is equally influenced by the pounding rhythms that SA and I discovered when exploring the dancehall street scenes in Jamaica, as well as Paul Simon’s world beat records like Graceland and Rhythm of the Saints. This song is a three-minute party jam meant to feel like a vacation.”

“We all go through highs and lows. And lows can often lead to confusion, despair and loneliness. Don’t You Worry is about how a friend should react when we sense someone is going through a hard time: ‘Don’t You Worry, you can count on me to help you through your dark hours.’  It’s a song validating personal connection and leaning on one another to turn things for the better.”

The beautiful cover art for VOYAGER was created by UK artist Sam Williams of MagicTorch.

Along with the soon to be released album 311 recently announced their Summer Tour with The Dirty Heads, The Interrupters, Dreamers, and Bikini Trill.

To hear the two new track and for tour dates see below. To pre-order Voyager click here. 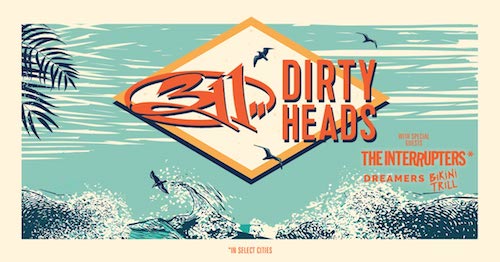