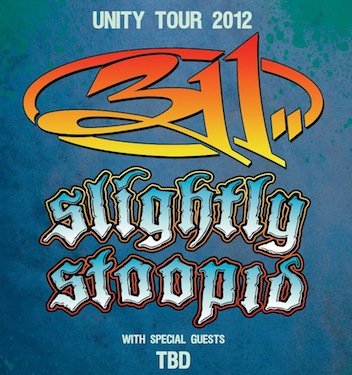 Looks like this summer just got really interesting. Each year 311's Unity Tour brings out the heavy hitters. This year pretty much just took it to the ultimate level. Two of the biggest names in the scene are coming together to give all of their fans a major sunburn with the 2012 Unity Tour. 311 & Slightly Stoopid is pretty much enough said. This will no doubt be the biggest ticket of the summer. Official dates run through (July-Sept). Tickets to go on sale end of March.

Below is the full list of Slightly Stoopid Tour Dates