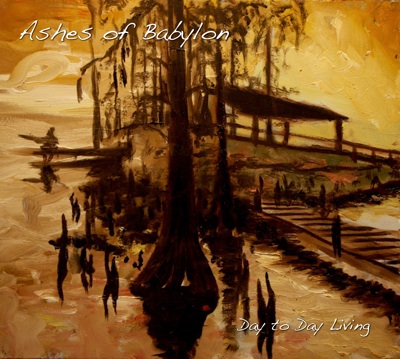 Ashes of Babylon is a unique roots reggae group originally hailing from Lake Charles, Louisiana and now based out of Austin, Texas. They acquired a passion for reggae and an affinity for the culture from the sun-soaked shores of St. Croix, U.S. Virgin Islands. It was there that AoB members Corey Saucier and Jacob "Debo" Crenshaw met, began jamming, and developed a respect and admiration for the vibes of reggae music. After moving back to Louisiana in the spring of 2006, Saucier quickly called on his friends and family to begin a reggae centered project. After cutting a quick demo and one short rehearsal, Ashes of Babylon took the stage for their first ever live performance just a few short months later. Boasting four songwriters with unique perspectives on life and music, you'll find that their live shows keep fresh by their members' abilities to change instruments and revise their own compositions on the fly. They are an 8 piece group with heavy riddims driven by Dan Robertson (drums) and Eric Daigle (bass) and sweet horn flourishes created by Sammy P. Chapman (alto sax), Max Sprigg (trumpet), and Jacob Crenshaw (tenor sax). The lively guitar licks, flowing 3-part harmonies and bubbly keys are brought to you by Corey Saucier (lead vocals, rhythm guitar, baritone horn), Beau Guidry (lead guitar, vocals) Jacob Crenshaw (tenor sax, vocals) and Scotty Doland (keys, vocals, percussion). Since forming in August of 2006, AoB has performed all over the south from Austin, Texas to Columbus, Georgia and almost everywhere inbetween. The group has amassed several dozen original tunes, believing that a solid original live show must and will be the cornerstone for their success. Their first album, "Revolutionary Roots," was released in November of 2008 and has been met with much critical success to date. The feeling of the album was envisioned to give an authentic picture of the group's live show and doesn't disappoint in doing just that. It is now available for purchase on both iTunes and CD Baby.On July 2, 2001, AoB will release their 2nd album entitled, "Day to Day Living." Also be on the lookout for the (re)launch of www.ashesofbabylon.com.