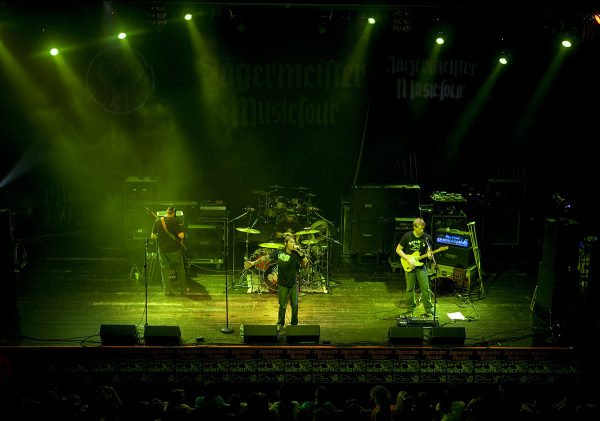 Emerging from the sun and surf of South Florida, B-Liminal has quickly become one of the most in-demand acts in the Florida music scene. Combining elements of Reggae, Surf, and a little bit of Rock, B-Liminal creates a vibe of positivity and grooves that will be sure to leave you moving. B-Liminal, formed in 2007, was founded by singer, Bryce Rutkowski, former front man of the Reggae-Rock band, Boxelder. What began as a small project suddenly became a full-on band with the arrival of Mike Lyons, and Max Fraser. When Mike "Burkhart" Berchtold joined the fold a few months later, the line-up was complete. Already having played and toured with various artists like, Arrested Development, Sponge, Blackadmks, Pepper, Pennywise, The Expandables, G. Love, Yellowman, and Fishbone, B-Liminal is quickly establishing an extremely diverse and solid following of fans. B-Liminal's new album Shore Culture, due out August 15th, is full of great melodies, meaningful lyrics, strong reggae grooves, and heart that only four souls from a shore town could bring you.