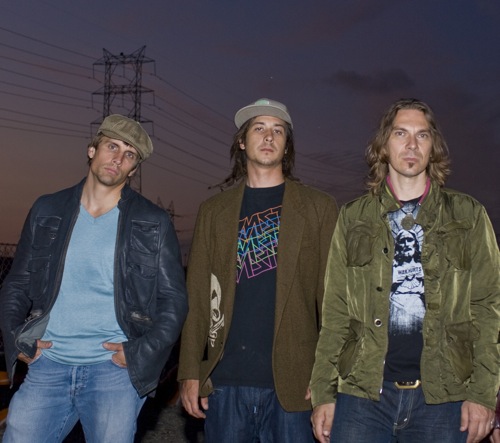 How did Babylon Saints come together?

MATT: We came together just like a lot of bands. . .answering Internet ads, mutual musician friends, jamming. The big difference is there has been a sort of divine glue that has held us together. We’re all very different people, sort of like a crazy, band of brothers. After being out on tour with these guys, I know that it was something that was going to stand the test of time. There’s nothing like touring across the country in a small truck – you learn very quickly if this is something you can do for awhile. 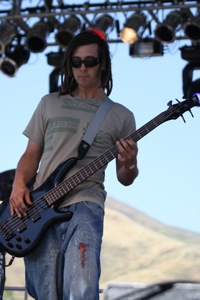 PANHEAD: Babylon Saints was originally a trio by the name MG3, put together by lead singer/guitarist Matt Gerovac shortly after moving from Cleveland, OH to Los Angeles. I rounded out the line-up to a four piece and a year ago we changed the name from MG3 to Babylon Saints.

How is it you describe your music when asked?

MATT: It’s crazy, our music is really clean, but the dance floor can get graphic to say the least. It’s baby-making music. I’m curious to know how many Babylon Saints shows have resulted in pregnancy!

PANHEAD: Intelligent Reggae-Rock with a Caribbean/World twist to it along with a little R&B and Funk.

The recently released debut album for Babylon Saints is really a break from the usual “Reggae Rock”. Much more then the typical style is brought out in this album. Talk about how this record makes it more unique than others?

MATT: Reggae music has really evolved as a genre. To say that we play Reggae music could have such a wide variety of connotations. Just like any art, it’s from the perspective of the artist. One person’s canvas will look completely different from another’s. We want to make people think, and enjoy where their mind takes them. Thoughtful and powerful, fun yet substantial, nourishing food that actually tastes good.

PANHEAD: The lyrics are thought provoking, the rhythms are enticing and the melodies are solid, overall, we sound like no other band out there, the steel pans add a unique element to our sound, Matt's vocal skills are impressive and the music as a whole is quite accessible to a wide audience.

A refreshing aspect to your music is the showcase of each instrument in the songs. I can only imagine if more members were brought in for the next record. Are there any thoughts of adding to the instrument lineup?

MATT: I really dig the sound of the tuba, baritone sax, sitar, banjo - We don’t rule out any possibilities. 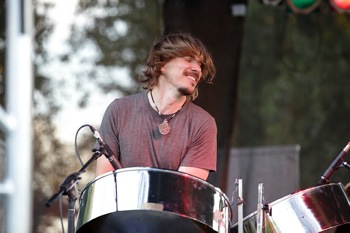 PANHEAD: Yes! Female backup singers, possible a horn section and/or keyboard player, possible an all-around guy/gal that could handle some horns, keys, backup vocals, banjo, and even the kazoo. Of course a killer dance troupe to go along with some additional musicians would be nice!

Where are most of the lyrics in your music focused on?

MATT: For me, it’s all about personal accountability. I see a lot of songwriters that get on their soapbox and complain about the way things are, but don’t offer any good solutions. My lyrics are about each of us doing our part to make the world a better place. Perspective is reality, so I suggest keeping it positive – it makes life a lot easier to digest.

A song on the new album that really is amazing both lyrically and musically is “Why”. Can you talk about the drive for this song?

MATT: If we continue to ask the question “Why?” we’ll never stop learning about ourselves and our world. As long as we’re on a path that is paved by love we won’t go too far astray.

Are there any bands in particular that you would like to go out on the road with?

MATT: I’m a big fan of good music. We’d play with any band that works as hard as we do.

PANHEAD: 311, Dave Matthews Band, Any of the Marley's, Phish and pretty much any group with a hit in the top 10 that would lend it's stage to us.

Where can we expect to catch Babylon Saints in the coming months?

MATT: We could be playing at your backyard barbeque or at Staples Center.

PANHEAD: Yes! We have many upcoming shows, the best way to know where we are playing is by going to our website www.babylonsaints.com you can also get our list of shows on ReverbNation and Facebook. www.reverbnation.com/babylonsaints and www.facebook.com/babylonsaints 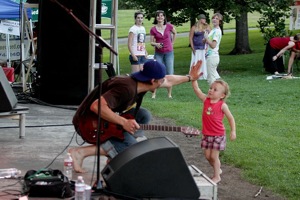