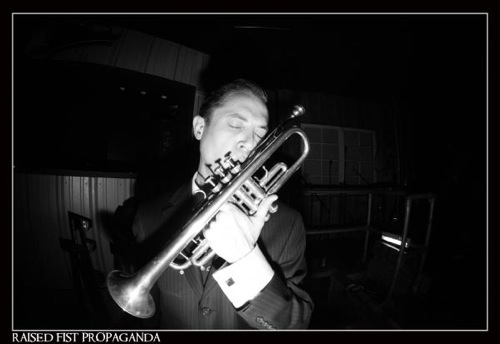 The upcoming album is just one more accomplishment to add to your resume. With being involved in many successful bands and touring all over the world, what would you say is your biggest achievement to date?

Keeping true to my dream and finding out ways to survive by doing it. Everyday I give thanks for that!

Was the new album ‘Family Business’ recorded in one area? Or was it recorded on the road while hooking up with the many special guests [on the new record]?
Mostly Boston (Brighton and Allston). The various vocals on the tracks were recorded where each vocalist lives. It was a lot of "traffic directing" if you will.

With such a massive roster of guest musicians you perform with, (as well as constantly just jamming out with),  is it difficult knowing what songs you want to use for a record?
Yes, yes and yes. As Louis Armstrong said, "There is always music to make!!" That's why we strive for independence, so that you can do ALL of the things you want to do artistically. 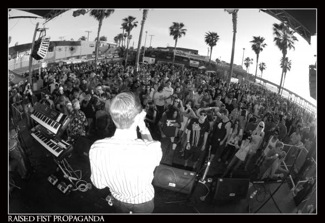 On the new album, the song ‘Ganja Train’ (which features Kyle Macdonald of Slightly Stoopid) is truly an amazing song. Would this be a song would make a set list for Slightly Stoopid?
Thank you very much. I'm glad you like and so not sure how it sounds to others. I hope so very much. If the song gets known and people dig it, then it has a very good chance of making it to the Stoopid stage and that would be a GREAT honor to me.

Is there a typical writing process that happens when you make your tracks, or is it kind of a free flow thing?
A little of both. You have to take each situation different. Sometimes you are with cats who have very clear-cut ideas and sometimes your with cats who are open to react and record as long as it sounds good. Let your ears guide you.

How difficult was it to leave John Brown’s Body after such a long career with them?
Extremely. One of the hardest decisions I've had to make in my life. When Scott passed away, it opened my eyes to the fact that I'd been in JBB since I was 18 and was it gonna be the only band I had ever been in. I have JBB tattooed on my chest, next to Scott's initials. Without either, I would not be here. Also, being closer in age to Miles and Kyle made the transition very natural. Though difficult, joining Slightly Stoopid is the best thing that has happened to me in my career. To be in a successful unit with guys you respect and admire is a dream come true and what enables me to make more music in my life. 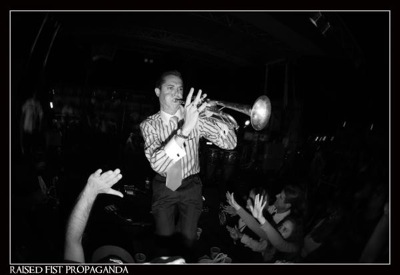 In your bio it states a battle with addiction and getting in trouble with gangs. What would you say was more difficult to climb out of and why?
They are different, but are the same evil. Both end up in nothing good. Both are such a part of America. I would not posses the knowledge I know now if I hadn't opened up certain doors. With knowledge comes a price. If you don't die from it and your mind is intact enough to walk away, there's hope.

With all the artists you have come in contact with, who would you say is the biggest mentor?
Angelo Moore, John Phillips(Stoopid's Manager), Kyle McDonald, Dan Delacruz, Rymo, OG. I learn from all the very talented people around me.

You have literally toured all over the world and played many famous festivals as well as a recent musical spot on Jimmy Kimmel. Which one show, in particular, is the most memorable?
Selling out Red Rocks both times. I really don't have a favorite, but those shows was extra-dope dope!!!!! And Cannibus Cup 2009

What are the chances for a John’s Brown Body and Slightly Stoopid tour where you would pull a double shift each night?
Haha!! That would be great! Anything is possible......

If you could sum up C-Money in just 5 words what would they be?
Good to the last drop! 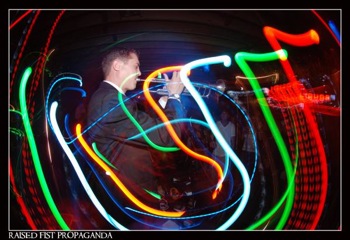