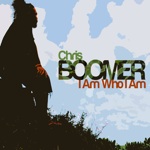 "I Am Who I Am" by Tim Castaneda

Since the release of SOJA’s Born in Babylon, we have all heard the amazing talent that Chris Boomer brought to one the most downloaded reggae songs of 2009, “You and Me”. In late 2010, many fans like me were excited to hear that Boomer would be dropping an album entitled I Am Who I Am....... 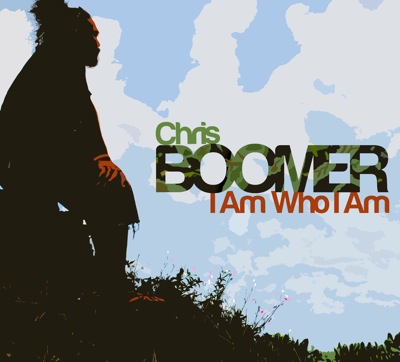 Chris Boomer – I am Who I am

Since the release of SOJA’s Born in Babylon, we have all heard the amazing talent that Chris Boomer brought to one the most downloaded reggae songs of 2009, “You and Me”. In late 2010, many fans like me were excited to hear that Boomer would be dropping an album entitled I Am Who I Am on February 1, 2011 and with the release of the single “I Am Who I Am” featuring Jacob Hemphill from SOJA we knew we would not be disappointed.

The seven track album begins with “I Am Who I Am” which starts off with the soothing sound of horns, upbeat keyboards, and a “wah wah” effect that makes you want to move your body. Boomer drops the deep lyrics of the chorus followed by the first verse in which he describes all of the negativity and pessimism that he has encountered which has subsequently allowed him to utilize as constructive criticism and creativity. Jacob Hemphill’s verse adds a nice touch to this song by exhibiting the message: “Don’t allow disparagement and condemnation to discourage your dreams, instead stand up for yourself and be who you are”, which makes this track in particular, a favorite of mine. “Leave the Light On” and “I Know How” are two songs that will give you goose-bumps, as it displays the passion and talent Boomer possesses deep inside his heart. The lyrics to “I Know How” exert emotions that trigger memories of that “special someone” who got away, which allows the listener to identify with and experience the same raw emotion that Boomer expresses on this track. “Live with what you got” includes a harmonious use of synthesizers matched perfectly with the guitar, in which the notes are strummed beautifully. Track 5, “Bossman”, starts off with a faster tempo than the rest of the album, which inspires a beat to which you want to tap your foot;  once you hear the first bar, you gain certainty that this song will be promising. The wonderful use of keyboards displays the importance of this instrument in a reggae band’s arsenal. When you reach the funky solo towards the end of “Bossman”, you will find your whole body moving, as the desire to keep this song on “repeat” will become increasingly evident. The last two tracks are acoustic, which remind us of Boomer’s unmistakable gift, as the need for nothing more than merely a guitar and a microphone in order to produce the musical excellence that is exhibited by these two tracks. “Fiction Philosophy” demonstrates the incredible talent on the guitar that Boomer holds and with only the sound of an acoustic you are able to focus on the amazing vocals with which he has been blessed.

The remarkable musical talent of Chris Boomer and wonderful producing of Jacob Hemphill, together create the foundation for a magnificent piece of work, which this album has undoubtedly become.  Be sure to catch Chris Boomer on tour with SOJA and Mambo Sauce; as these three heavy-hitters among the reggae scene share the same stage, it is guaranteed to be one of this best tours of 2011 and one you will not want to miss.