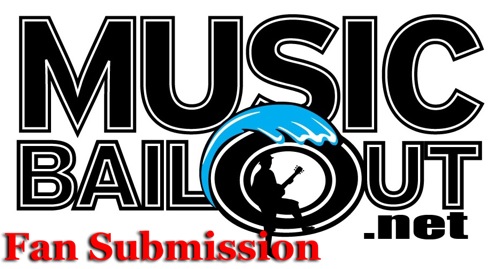 SOJA - Born In Babylon
This is one of the most relaxing reggae albums I’ve ever listened to. SOJA has to be one of the most sophisticated bands out there. They put so much work into their music and it comes out sounding amazing and effortless! I’m so pumped to see them play with Cas Haley next month, especially after watching some videos from Live In Hawaii. "Thunderstorms" and "You and Me" are my favorites from this album.

Passafire - Everyone On Everynight
I first heard Passafire when I saw them on The Expendables’ Winter Blackout Tour in 2010. They didn’t immediately become one of my favorite bands but after going home and listening to a few more songs by them I realized that they were amazing musicians. I’ve since seen them again and had an awesome time. I got this album as a birthday present in January and I haven’t gone more than a week without listening to it since then! Even my dad loves these guys! “Casting Of The Cares” and “Here In Front Of Me” are my favorites.

MDC - Millions Of Dead Cops/More Dead Cops
I got into punk rock in 6th grade, a while before reggae. I remember listening to Sum 41 and Green Day back then and thinking ‘why would anybody like pop music’. After a while I got into The Offspring, Rancid, and NOFX. Someone suggested that I watch the movie “American Hardcore”, a documentary about hardcore punk in the 1980s. At the time I thought “this is just noise”, but later I rewatched it, payed a little more attention to the history and importance of it and ended up falling in love with the likes of Minor Threat and MDC. This record is one of my favorites of all-time and I went insane when I saw them recently with Subhumans. I also thought it was pretty cool that this was Kurt Cobain’s 7th favorite album. My favorites on this one are “Chicken Squawk” and “John Wayne Was A Nazi.”

Red City Radio - The Dangers of Standing Still
This is definitely going to be in the running for best punk album of the year. I saw this band open up for Less Than Jake in February and thought they were great, even better than Off With Their Heads who came on after them. I looked them up after the show and found out they had just put this album out. I listened to the whole thing and decided I had to download it. “50th and Western” and “Two For Flinching” immediately stuck with me.

Weezer - Weezer (The Blue Album)
I’ve always liked Weezer. Like most people my age, the first song I heard by them was “Beverly Hills” but lucky for me, my dad was a fan a while before that so he gave me The Blue Album to listen to. I’m not the biggest Weezer fan, and their last two albums have sucked, but since I got into Jimmy Eat World and The Get Up Kids (representin’ Johnson County, Kansas!) I realized how good Weezer was and I’ve been listening to them quite a bit lately.

Please hang around and check out more Reggae Rock news, info, FREE downloads, reviews and more here at MusicBailout.net or give us a like on Facebook to stay up to date.