As soon as I heard The Beautiful Girls were coming to town, I immediately bought tickets and I was blasting their new album “Spooks” repeatedly for weeks in anticipation. So naturally, when I was offered the chance to sit down with singer, songwriter and guitarist Mat McHugh I was more than excited.

When I arrived at the venue I was let in the side entrance while the line of ticket holders grew. I was introduced to Mat who was casually leaning on the bar watching the equipment being loaded on the stage.  We walked into the green room and were instantly greeted by the rest of the band, drummer Bruce Braybrooke and bassist Pauly B.

Mat and I sat down and instead of being nervous like I suspected I would be, he made it feel like I was sitting down with an old friend and the conversation casually ran its course. I didn’t even have to look at my meticulous notes one time.

So, The Beautiful Girls, that’s an interesting name. How did that happen?

It was just kind of a joke really when we started. All of us used to play in punk rock bands, heavier bands, and so were all of our friends. So we just wanted to make a name that was just kind of poking fun at that macho world and we started out playing really mellow acoustic music and the opposite of all that. Even though we love punk rock and all of that, it was just trying to be a part of the most punk rock thing you could be and just call it a name that was so anti-macho that it was a joke almost. It's just a name.

Your latest album, Spooks, debuted at #1 on the iTunes Alternative chart in Australia. How does that feel? 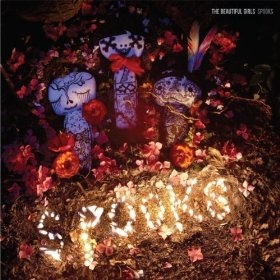 It feels really good because we had a couple years off, you know, so it was hard to know what people were going to think and what to expect and their reaction because it was more of a reggae album. It was just hard to know, you never know. You know? I was just kind of making a record for about a year and not even having any concept of what people would think so for it to come out and do so well it was it was really great. I mean charts are charts you cant really take them for gospel or anything. Our albums usually just sell over time so were happy. Were stoked.

Do you guys have any interesting pre-show rituals?
No, not really. We tour so much and play so much that going on stage for us is really the easy, mellow part. We don’t have to psych up to put on a good show. It’s our natural state, being on stage playing because we jam all the time. I wouldn’t say were nervous before, we just can’t wait to get up there every time. There’s no crazy superstitions or rituals, it’s all pretty chill.

I hear your live show is pretty intense. How is it different from the album?

It’s a lot more immediate, obviously. So with all the new stuff we have kinda taken it into a new three-dimensional sound, with all the sounds effects and everything going on. Our live shows is where we’ve gained our reputation so we take our songs, expand them and just put all of out heart and energy into it. It’s a cliché but its hard to capture that energy on an album.

That’s great. I hear every show is completely different.
Yeah, and were excited about turning up to America for the first time with our full shows instead of a striped back version like before. I mean you’ll have to judge for yourself but we try to keep it interesting.

I just wrote a review on Spooks so I am really interested to see the comparison.
We think of ourselves as a live band more so than a studio project. We love playing live. It’s such an immediate connection with people so it should be really fun. 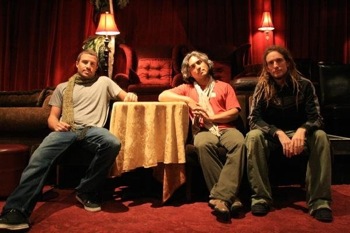 What’s it like touring with Groundation?
This is actually our first show with them tonight. Were actually putting together a tour with Passafire and Giant Panda Guerilla Dub Squad soon. So with Groundation we just kind of coincided for this show. We love the band so were just happy to share the stage with them and check them out live because we never have before.

What’s your favorite song on the album?
I don’t know. Some songs it depends what room your in when you listen. I really like Home/Family because it’s two songs connected together and it runs for about 8 minutes and it took a lot of time to make that songs and getting all the sounds right. So that was an achievement for me. And then there’s some songs that are really fun to play live like Gratitude and Rockers. So it changes depending on the day.

It’s so hard trying to describe the overall sound of The Beautiful Girls. How would you describe it?
I would probably have just as hard a time as you. I mean we like acoustic music and dub and hip-hop and rock. Currently were probably more reggae than we’ve ever been but we don’t consider ourselves a reggae band. Its not our business to put ourselves in a category. It becomes a problem when you try and describe it. But sometimes we slip between the cracks, were not reggae enough for the purist reggae crowd or were not acoustic enough for just the acoustic lovers. So we try to make it interesting and from the heart, soul music. The music that I love best, it could be punk rock, it can be hip-hop or jazz or Hawaiian as long as it has comes from the place of the heart and it has meaning that’s all I care about. I don’t care about the semantics of it all.

I know what you mean. It’s about more than just making up something that sounds catchy.
Exactly, and just saying the same stuff that all these other bands say just because it fits into a genre. So I think its better when it just comes from the soul.

You got engaged before you started working on Spooks. How did that change your music?
Well you just think about all the things in your life. Music is just a descriptive process throughout your life. Every album is just stuff from that period in your life. A different set of concerns and its not life you all the sudden change who you a