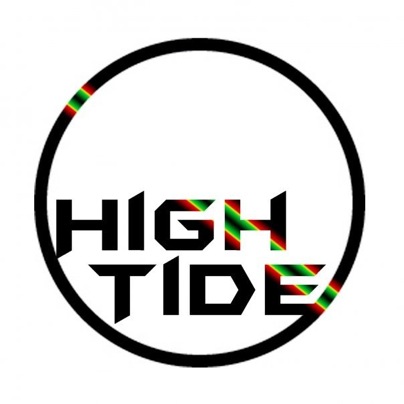 So there have been some changes to High Tide. What are they and what can we expect from this?

Yes much like the lunar magnetism we are named after High Tide is constantly changing and evolving. When our first album Play Me Reggae dropped we were a five piece band, now we have as many as ten guys on stage on any given night. Ed put down the guitar to focus on singing so we added another guitar player, plus a keyboardist and a full horn section. Everyone is so chill too its really awesome.

You recently made a long trip to play the world famous SXSW. How were you able to get on the music festival and how was the experience?
Man the SXSW trip was brutal travelwise, but it was a blast and totally worth the hassle. We got booked about two weeks out so it was a scramble for everyone. 20 hours in the van, 12 hours in Austin, then back in the van for 20 more hours back to SD. We even had to substitute another guitar player to fill in for our other two guys. He was literally learning the parts in the van. All in all we met some cool people some cool bands, and made it back safe so it was a success. 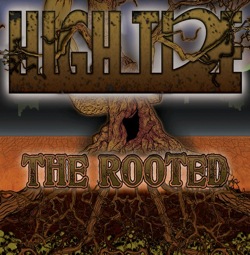 The Rooted, your new album due out on 4-20, comes 3 years after your last full length Play Me Reggae. What took so long for the new release?
When PMR was released, we basically had all our material at the time thrown on the album. It took us some time to write more songs, during which time we were adding members and really taking on the scene here in San Diego. We played a couple of Warped Tours and alot of major gigs during that time and we also released San Diego B-Side mix with two remixes off PMR, 'Charger On a Roll' and 'Ban the Ban.'

Will The Rooted stick to the High Tide sound of past, or will there be some new elements that will be heard?
The Rooted definitely has many of the same core elements from PMR because its the same writers, but we wanted a warmer sound out of this record. We used acoustic guitars and muted horns to get a more intimate feel. We also wanted the lyrics to be more universal than the first album without turning off our core audience. We also added some cello and some other instruments to add to the emotion a bit. We think we succeeded.

What do we need to know about some of your favorite songs on the album?
The Rooted has some brand new songs as well as some very old High Tide songs. The fact that we brought back old songs like "Work" and "Are You Down" really solidified the album title. Even our newest material is still High Tide even through all the changes. We also brought back the song "Play Me Reggae" with our new horn section, they really make the song sweet.

Were there any special guests you tried to get on the new album but just didn’t happen?
No, we are saving those for future releases.

Having so many band members must make it difficult when putting a tour together. Does this come into play when trying to make it further out east?
Touring with such a large group is basically impossible. We generally travel in small groups that we like to call Elite Ninja Strikeforces. Seriously though five or six is the max weve ever traveled with and it doesnt take away from the sound that much. We would love to have a giant tour bus and load it full of our squad, but its just not gonna happen right now.

How big of a difference is it tout East than playing a show in a SoCal city compared to a NorCal city?
Man you would think we could name all these differences in the places weve been, but we really can't. Everywhere we've gone has been so chill and the people have been so supportive of us, we are truly blessed to play the type of music that we do. One Love!

What is High Tides favorite venue to play and what makes it so special?
We loved Canes and are hoping to play the new club that opened in its place, Soundwave. Belly Up Tavern and House of Blues are really good to us every time. Bar Leucadian has the beautiful girls always too, but Belly Up is definitely the joint!

What does the future hold for High Tide?
As far as the immediate future we are pressing The Rooted on eco-friendly cardboard for cds, and also doing a limited vinyl release with alternate cover art. Long term we are going to start working on our follow up to The Rooted, The Rising. Look for that album to drop hopefully 2011/12. We are planning for more touring and gigs outside of San Diego in the future as well.

We want to take a quick second to thank everyone who has helped us out
since day one! We are completely independent and do this only for the
fans. Peace!