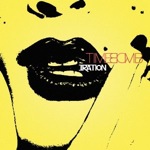 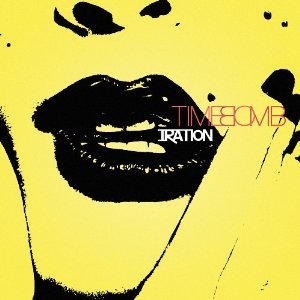 It is because of bands such as Iration and albums like “Time Bomb” that are making the reggae rock genre into a very promising style of music within the industry. “Time Bomb” is one of my favorite albums I’ve heard in this genre that is exemplifying why this band is the next big thing. You can hear the creative drive, musical talent and passionate lyrics throughout the entire album that truly makes this CD a classic listen no matter where you are. With popular songs such as Falling, Wait and See, and the album titled song, Time Bomb, this album exudes with perfection and talent. To add to the greatness of this CD, Iration is able to portray exactly what they recorded on CD to a live crowd, enhancing their audience’s appreciation of sheer talent both in the studio and in concert. This is truly a band that continues to allow the reggae-rock genre to develop into a creditable and legitimate genre within the music industry.

Time Bomb is Iration’s third release following their 2007 full-length release of “No Time to Rest” and their 2008 “Sample This “ EP. The growth of this group and the talent in their music is unprecedented and provides vital proof that this band will only continue to get better. Consisting of band members Micah Pueshcel on the guitar and vocals, Joe Dickens on drums, Adam Taylor on bass, Cayson Peterson on keyboards, Kai Rediske on vocals and percussion and Joe King on dub controls; each person adding their own unique flavor to the album turning it into the masterpiece it is. The duel vocals of two singers adds a lot more depth to each song, supported by the backbone of the steady beats of Joe’s drumming as well as the thick bass line from Adam shines through each individual song. Time Bomb is a must-have album in anyone’s collection and can be purchased March 16, when the CD will be released everywhere. Learn more about the band and hear their songs on their myspace page at www.myspace.com/iration or follow them on Facebook and Twitter to learn the latest news about the band and find out when you can see them in concert in a city near you.

To download the album before it hits shelves March 16th purchase it at Itunes by clicking here.