Get To Know "Jaya The Cat" 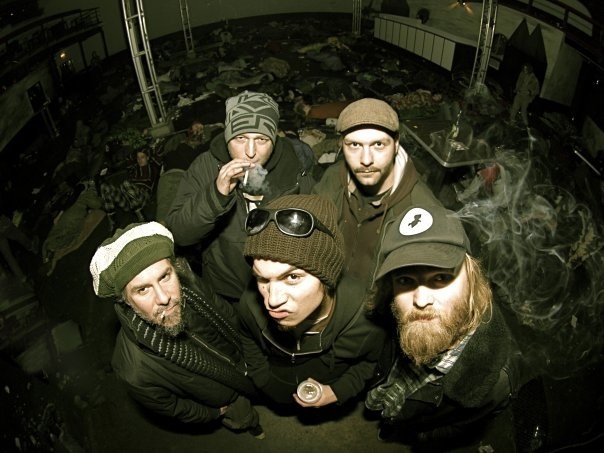 Originating from Boston and currently based in Amsterdam, the Netherlands, Jaya the Cat play an uncompromising and original mix of reggae, punk rock and ska music. Founded through a mutual love of 60’s and 70’s dub and punk by three friends (Geoff Lagadec - vocals/guitar,Dave Smith - guitar/vocals and Ben Murphy - bass), Jaya The Cat create songs ranging from booze fueled anthems to chilled out dance tracks to outright social commentary.

Following the 2001 release of their debut album ‘Basement Style’ (Gold Circle Records), Jaya The Cat were joined by ex-Shadows Fall drummer David ‘The Germ’ Germain and began a steady touring schedule of stages across the United States and Europe, playing major clubs and festivals such as Lowlands in Holland, Pukkelpop in Belgium, and the Warped Tour in the US. Their music has also been featured in numerous skate, surf and snowboard videos.

Summer 2003 saw their sophomore release, ‘First Beer of a New Day’ (4tune Records). Although both albums met with positive critical success and they had gathered a loyal worldwide following, personal differences saw the departure of Smith and Murphy that fall, which effectively left the band in limbo.

After a freezing music-less winter working shitty jobs in Boston, Lagadec and Germain met up and decided to look for new members. Temporarily joined for a spring European tour by a group of stand-in dutch musicians, they took a 3 month sublet on an apartment in Amsterdam with the plan of regrouping and figuring out what the hell to do with themselves. Three months turned into three years, resulting in 'More Late Night Transmissions with Jaya the Cat' (I Scream Records), their first release as a transatlantic band with Jordi Nieuwenburg on guitar and Jan Jaap Onverwagt (ex-Green Lizard) playing bass and keyboards.

Since their move to Amsterdam in 2004, the band has continued to grow, playing hundreds of live shows to an ever expanding audience, as well as adding keyboards, samples, percussion and occasionally even a tiki bar to their onstage act.An average Jaya the Cat concert usually becomes more of a party than a performance, with the audience singing, dancing and drinking right along with the band.
In the interim, they have been working on a follow-up to 'More Late Night Transmissions'. Years of touring, traveling and partying through the various musical cultures of Europe have expanded and broadened the band's sound, both lyrically and musically, and Jaya The Cat's fourth album will reflect those experiences. While the core element of punk and reggae remain, they have been triple distilled in dancehalls and clubs from Brighton to Barcelona to Bucharest, creating a sonic moonshine that will have you hooked from the first skank. Expect an album filled with drunken sunrises, narrow escapes, dysfunctional love affairs, political disillusionment and raised glasses, through seedy bars, carnaval parades and late night dives, coming your way in the fall of 2011.