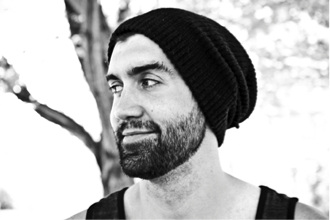 Currently recording his fourth album on GanJah Records in Springfield, Missouri, singer and songwriter Lance Sitton shares his thoughts below on his upcoming release, A Part of This. Lance’s original EP, Life.Love.Travel., released in 2007. Self-described as, “groove heavy, roots rock and reggae,” Lance Sitton and the Seed put out three studio albums together since that time: Big Outside (2009), A Better Way (2011), and Spread the Word (2012) featuring tracks alongside Josh Heinrichs, Skillinjah, Tom Gibson, and Cas Haley. The new album, A Part of This, is set to release on May 5th.

I've very much enjoyed the tracks you've released from your upcoming album, A Part of This. Can you share some about the motivation, development, and collaboration behind this album?

Lance: Thanks! I've always enjoyed the old school sounding reggae, and I've recorded several albums with my side proj, To the Sensi Tree, this way. So, it was only natural to record my stuff with this feel. We tracked all the instruments/vocals in one room and did several takes until we got the one we liked. This is my favorite way to record. Jamming with the fellas, you really can feel the vibes!

What are some of your early memories of music?

Lance: My mom playing piano and singing. I was always involved in music since I can remember. Church, school choir, guitar at 14....

And, what's drawn you to reggae over the years?

Lance: The positive message associated with it. I dig that. Also I dig how it makes me feel....nice and chill. 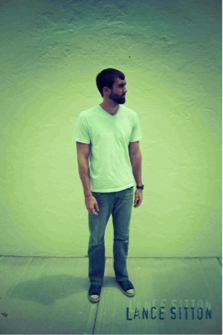 I had to laugh at one of your recent posts on a bitterly cold, dreary day about how Midwestern weather can leave you longing for a morning surf and a med card in the Cali sun - how do you understand the Midwest as a backdrop to your art?

Lance: Haha, yea some days I would like a morning surf and no worries about getting green. The Midwest rules, though. If you’re into outdoor adventures, MO/AR has a lot to offer. I’m a rock climber, so I dig this area. It inspires me to be out in it.

I admire the photos of bouldering sessions you post. What encouraged you to begin climbing and what drives you to keep pushing your limits?

Lance: I've always been in some sort of athletic training, whether it be basketball, yoga, or climbing. Climbing for me has always been around. My bro and I climbed trees growing up as kids and loved it. So, when basketball ended after college, I needed something to do. I went to the climbing local gym with a friend and have been hooked ever since. That was 8 years [ago], I guess. What drives me to keep pushing my limits would be movement. I love how new movement makes me feel. Bouldering is a challenge both mentally and physically. It’s also a good time hanging with friends and being outside. I’m currently making a bouldering film called Fulfillment; it should be out Fall 2013.

Where do you draw your inspirations for songwriting?

What do you hope fans of reggae know about the Midwest reggae scene?

Lance: That we love reggae! And, that we have our own style and are proud of it.

Who are some of your favorite musicians hailing from the Midwest?

I've also admired the spread of photos you've released under Lance Sitton Photography - is your process for photography similar to your approach to your music?

Lance: Thanks. Photography is amazing. It’s something I want to constantly grow at. The processes for photography and music are the same in some ways and different in others. They both create an idea but the steps to doing so are different. Both are fulfilling

What music is on Lance Sitton's current playlist?

Your album is set to release on May 5th - can fans expect any tour or live performances to accompany the new release?

Lance: Yea, I’m putting together a backing band and should be playing out soon. I think I'm ‘gonna do some acoustic trio shows as well. Time will tell.

Any words for fans of your music?

Lance: Much love for the support. Many more years of music to come - sit back and enjoy.