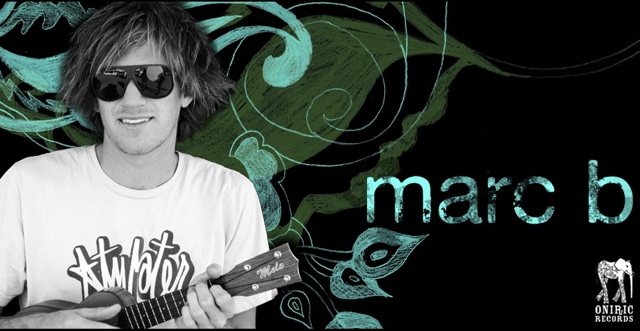 Can you tell us a little about your style of music?
I hold my acoustic guitar in my hand and spit out lyrics about my life. I love sailing and surfing, so you can see where the ocean-style lyrics come from. Sound-wise, it's a blend of vibey jams, reggae, and mellow singer/songwriter. Most of the events I play are for the Surf Industry.

I recently caught your acoustic show in Santa Barbara during West Beach Festival. Do you typically play solo shows or with a full band? What do you prefer and why?
We do both. Lately I've been touring with just my percussionist, Maxx Farris. The stripped down version of the music is really fun and the fans are responding really well. With just two people, we can stop and start, double the chorus, triple the bongo solo...anything...based on what we feel at that exact moment. The music is bendable, changeable. Each show is always completely different. We're growing. Undulating.

"It's About Sea Life" is a benefit show you will be a part of on Nov 21st, 2009. How did you get involved with this and could you explain what the organization is all about?
Well, Surf Aid International, Surfrider Foundation, Save the Waves, and the Marine Mammal Center are putting together a benefit concert and a paddle out in San Francisco. We were honored when they asked us to play music for the event. It's going to unite the ocean people of SF into one room for many great causes, and then the next morning, Rochell Ballard is hosting a paddle out to raise awareness for our cause. I'll be out there, and you should too. Just bring a wettie! More information at itsaboutsealife.org. 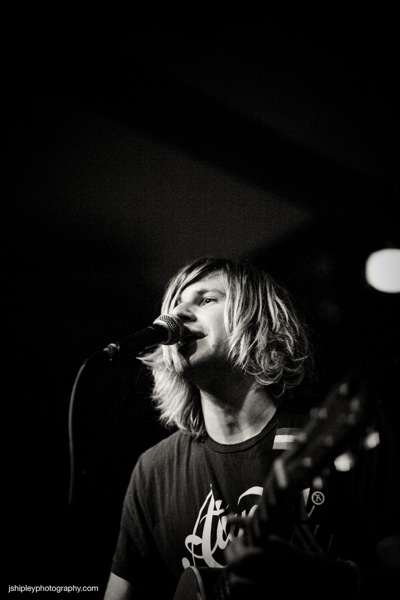 In your bio, you say you have been writing music since 12 years old. Is this what you saw yourself performing at that age or did you start off with other styles in mind?
Well, reggae, jazz, hip-hop, and blues...they have always been in my life. My father and grandfather are extremely musical. But I was hugely influenced by surf videos. That music, which is very rhythmic and beat heavy, but mellow at the same time...matching that music with the images of slow motion surfing...ahhhh c'mon. I was HOOKED. You can hear it in the music. If you listen hard, it's not difficult to tell what I listen to.

What was the first concert you saw that made you want to get up on stage and do this for a living?
I was 9. I was with my parents for some event in some hotel. As we walked through the lobby, there was this super old, grey-haired jazz pianist playing in the lounge. He had wrinkles all over his face. He played with his eyes closed and had this raspy, cigarette voice. I was enthralled. I absolutely melted. My parents had to drag me out of the lounge. Kids aren't even aloud in bars. I remember sneaking back to the doorway several times throughout the night, just to see this man play. Since he had his eyes closed, I don't think he even noticed me there. Wish I could see him now. I wonder what he's doing.

When you write your songs, where do you draw inspiration? What's your favorite part of the process?

"Recording is the best and worst thing." Inspiration comes from traveling, for me.My songs are the way I interpret the world, as I see it. When you travel, you go through life changing experiences...weekly. Unfamiliar places make me comfortable. When I write, it's usually a videotaped freestyle flow that I later edit and crop to fit accordingly. Recording is the best and worst thing. Sometimes it can be torturous, but to take something that's been locked in my mind for so long and to put it into people's ears is the single most fulfilling experience in life, for me. 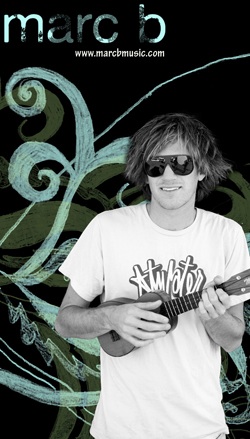 Which artists are you influenced by?
Artists who tell stories about their lives. Human artists. Citizen Cope, Atmosphere, Sublime, Bob Marley, Tower of Power, G. Love, Snoop Dog. I am not as genre-specific as most, in my preferences. I am driven more by mood and message.

Your song "The River" was featured in Pro Surfer Kelly Slater's 9th World Title video. How did the song make it on there and is Kelly a fan?
Ha, you'd have to ask Kelly about that. I played for him once, at the ASR Surf Trade Show Celebrity Poker Tournament. He was rockin out. People within the surf community are the ones who see/hear me most, so my music is used in all sorts of surf footage. This particular video was featured on Wetsand.com to honor Kelly's win.

Your album, "The Yellow Jelly E.P.", has been out for a while now. I'm sure you are constantly asked, "Are there any plans on a follow up album?" If so, when do you plan on hitting the studio and what can we expect to hear?
Yes! Expect my debut full-length to come out next summer. We're working hard on planning right now. Should be getting into the studio by December. You'll hear a re-recorded version of "The River" along with 12 other funky jams. Expect some of our songs to be pumped up, and some stripped way down. I'm REALLY excited to show the world what we've been up to.

If you could choose who to work with in the future who would you choose and why?
Looking to work with more Oniracom Artists, like Jack Johnson, G Love, Matt Costa, SOJA, The Wailers. Also Resin Music artists like Sashamon. These artists all have higher meanings to their music. Music for me is about translating a message. We all have something to say. Music is the only worldwide outlet, the only common language that everyone can understand.

Do you have a motto or advice that you live by?
A mentor told me, "Just do what you do, as good as you can do it." It's advice I'll be working on the rest of my life.