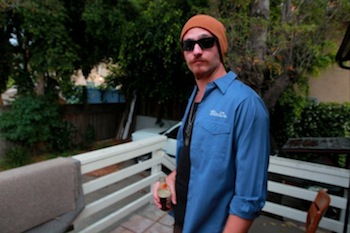 Hendrix (Rarities disc 1)
This album has a bunch of out takes and B side version of songs that have so much personality and soul, when we go on long drives with Zen Robbi, we always have this in the disc changer.. Favorite tracks are Little Wing(the GNARLIEST instrumental psychadelic shit you've ever stuffed in your ear!) and 3 Stone from the Sun with him messing up the skit intro a few times, your hear Jimi cracking up laughing then he just busts into the song, what a bonafide bad ass.

Pantera (The Great Southern TrendKill)
My favorite guitar player of all time DimeBag Darrell RIP This album has the nastiest metal you have ever heard in your life. It has so much groove and southern blues to it, a MUST HAVE for all guitar players.

Red Man (Roller Coaster Malpractice)
This guy has the funniest rawest delivery, I love his beats he uses lots of samples from The Funky Meters, and this Red Man album in particular was so fun loving and great stories, its a refreshing taste of Rap music.

Pennywise (Straight Ahead)
This album is my second favorite PW album, second to About Time. Shredding guitars, slammin drums and great vocals anyone can sing along to while bumping into their neighbor as hard as they can!

The Originalites
The OG-ites rock can't say enough good things about them.. These guys are one of the hardest working bands out there, go get their new record its rad OG ska with surf punk and a killer latin vibe that I really love. Great guys in the band too WHAT UP PETEY!

Adam Sandler (They're All Gonna Laugh At You)
I can listen to Medium Pace over and over again and still laugh as hard every time. If you don't know the song, look it up.

Sublime (Robin The Hood)
Can a get an AMEN?? Gotta give it up to the home town heroes for always mixin it up fresh for all of our listening pleasures. This record had such raw recording of some of their punk stuff, STP and All You Need are so nasty! .. And that acoustic version of Pool Shark is chilling, what a golden voice.

Side Street Reny
I got ahold of this album from our first label owner Scott Rickett, Reny recorded at the same studio we had recorded at, and I LOVE this album.. A funky hybrid of Delta Blues and patwa Jamaican Dancehall singing, I've never heard anything like it. My favorite track of it is BK dig it.

The Very First Beavis and Butthead Album
Contains Red Hot Chili Peppers doing an Iggy Pop and the Stooges song called Search and Destroy it is so grimy and so punk rock, I almost like it better than the original.. It also has Sir Mix A Lot (another favorite) doing Monster Mack, a beautiful love song about eating shrimp and smackin butts! But my favorite song on that album is Aerosmith Dueces are Wild.