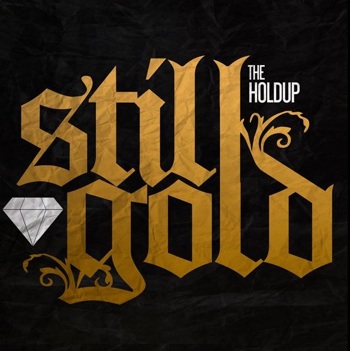 The San Jose natives, The Holdup, just released their highly anticipated album “Still Gold.”  Forming in early 2008, The Holdup started out writing songs and performing at local venues.  The band released their first EP in the summer of 2008, which was an instant success and got the attention of Dub Rock Records, a local independent record label.  The Holdup released their first full-length album under Dub Rock in early 2009, titled “Stay Gold,” which debuted at #34 on iTunes top 100 Reggae Albums.  Early on, the band established a loyal fan base, which has supported them and their music from it’s beginning and has strongly contributed to their success.  Previous albums have raised expectations for their new release, but as expected, “Still Gold” came through.

“Alone With You” provided a fairly strong opening to the album with a heavy presence of bass and percussion.  Although I would say that I liked the song overall, it had relationship based lyrics which came up in more than one song and got a bit repetitive.  “The Girls,” however, featured Weege, which brought something different to the slightly repetitious theme.  The second track, “One More Day,” was interesting to me because it gives their outlook on the reggae music industry, talking about how the scene is driving them crazy and giving the listeners a prospective of the music business from people actually experiencing it.  With such a negative view of the industry, one can only hope that they continue to record.  One of the last songs on the album, “The Drugs,” turned out to be my favorite even though I did not like it too much at first.  The song, being primarily about drugs, also gives the listener an idea of what certain band members were like in the past, and how they have changed.

The new release by The Holdup is definitely one worth listening too.  Although a few too many of the songs were about the same things, it in no way took away from my overall enjoyment of the album.  It was worthy of the anticipation and deserving of the positive attention it is receiving.  For those who already know The Holdup or if your looking for some new music, “Still Gold” deserves a listen.