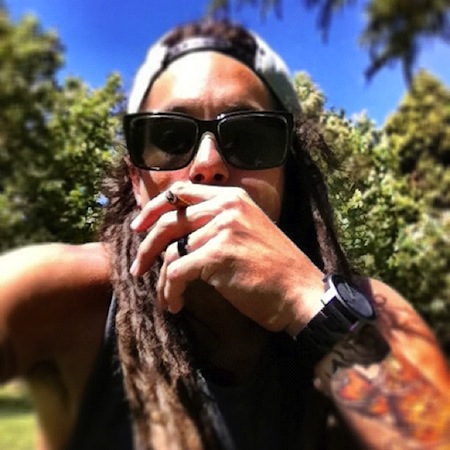 “I’m here in Cali right now and it’s going great. I’m just toking up, gettin’ nice, writing music hanging out in the sunset” Jay Smiles Schmidt, Bassist of The Movement tells me before a thoughtful pause, “I should have made the move a long time ago”.

In that moment, from my own time recently spent along the Pacific Ocean, it was an easy escape in my mind to the cloudless and care-free essence of Southern California. I felt the familiar sense of San Diego through Jay’s voice over the phone, “There’s nothing like it at all, I love it out here. Being a musician, any sort of artist, you need this environment to produce your proper thoughts, clearly. It’s great.”

Over two months ago, MusicBailout caught up with Jay when the news broke that Jordan Miller, Lead Singer of The Movement would be leaving the band. At the time, there was a lot of confusion amongst not just the fans and friends, but an obvious distress within the band itself existed. We didn’t publish anything at that time. More recently, and if you follow Jay Smiles on Twitter and or/ Instagram (If not, you should, highly entertaining), you would know that he has moved to California and is full of energy, continuously flowing with encouraging words and pictures that new music is on it’s way. Jay was great enough reconnect and update MusicBailout with all the exciting news coming out of the West with The Movement, Smiles Project and in life.

“Just touring and really being all over, California and places like Colorado and the Islands, these places all stick out in my head. We’ve been touring so much, now I’m finally here. I’m at the Movement Compound out here in Valley Center, California, that’s what we’re calling it and it’s what we were just talking about, putting yourself in a free environment. It’s on the top of a mountain, it’s all scenery. We have an in-house studio and I’m going to be living here full time. It’s all about moving forward and we have a lot of good stuff going on.” 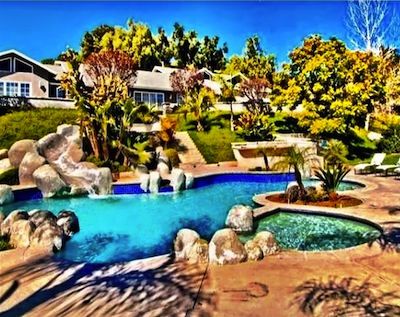 This is thrilling news for not only the many fans but the band itself who was faced with such uncertainty in an instant back in early spring. With constant touring, pouring their hearts out on stage night after night, city after city, the amount of fans, friends and industry contacts The Movement touched while building presence for a new record was immense. This is a band that jumped over 20,000 Facebook likes in a quick year and a half, have hit #1 on iTunes charts, sold out shows, played festivals, and were set to potentially not only influence the music scene itself, but truly impact the world, it’s listeners and how people live their lives. They did that for me and that’s why I believed.

The Movement is not just one of my favorites, but as a group, I’ve always felt they could honestly take on the world charts. Between the instrumental versatility and the lyrical consciousness, plus formidable stage presence and obvious good time they have as friends, The Movement speaks truth through their music and it’s always been something I personally connect with. They truly play(ed) a vital role in changing my own life through their music, I’m aware of this being true for many others as well, as this is what music is for, inspiration And The Movement is full of it. When the highly anticipated One More Night dropped this spring, it was not just the fans but the whole music arena felt alive with excitement.

That well deserved momentum halted on 4/20/2012, a day of usual celebration, with the news that Jordan Miller, lead singer, would be leaving the band. Drama ensued, it was a mass frenzy of phones calls, tweets, Facebook updates and every other communicative effort by many to try and decipher what had happened. In this world where passion is undervalued and results far too measured, people tend to judge, react rashly and jump to conclusions. Onlookers were confused, and rightly so because the band itself was extremely distraught. However, anyone who says The Movement is no longer, lead singer change or not, than in fact does not know the definition of the word, movement. Nothing is the end all, be all. Life flows on in constant motion, with continuous change all around us. There is no final result, our livelihood should be measured by our present selves and not based on assumptions or expectations uncontrollable into the future. The Movement moves on, “I’m not going to have one person stop my career. I have so much love and so many friends; I consider my fans my friends, they support me and that’s how I make my living. If it wasn’t for them than, damn I got nothing. It’s just all about the music and everything comes after that, people lose sight of that really quickly.” Jay says to open up our hour long discussion.

Despite the last few months of uncertainty, the clarity Jay speaks with today is telling of how ambiguity has transformed with time into solid plans for the future. Talking more about his new home, The Movement Compound, he goes on to officially state, “The Movement, they’re all going to be staying with me here. It’s Johnny Bowling (Keys), Gary Jackson (Drums), Joshua Swain (lead singer) and myself”, confirming the mentions that have been flying across the interweb for weeks about Swain’s possible return. “It’s going to be crazy! Josh is coming out here from South Carolina, he’s such a good dude, he’ll be out here August 1st, everything should be great and we’re starting a new Movement record with Joshua.”

Whether or not the next passion piece record is labeled, “The Movement” or not (there has not been a decision in the camp), that’s exactly what the word movement means: Progress, development, a direction and appropriately defined as, “a change of position or location of troops”. In this case, The Movement troop has already experienced a change position prior to Miller’s departure, when original Co-founder Josh Swain left the band to focus on family several years ago, obviously, a trying moment and a difficult decision to accept by each member of the band at the time, including Josh himself. Through the years however, The Movement persevered and not only survived but prospered, and with Josh’s encouragement each step of the way.

“It’s cool because we just put out One More Night and it was a blast recording that. As far as going to Atlanta, we loved that, I love that record. It’s much more mature obviously, One More Night is, more of a Jordan style album. This is going to be way more energetic. Just Josh, as far as songs Cold Outside, Sweet Summertime, all that beach vibe feel is