Fayuca Back In The Studio 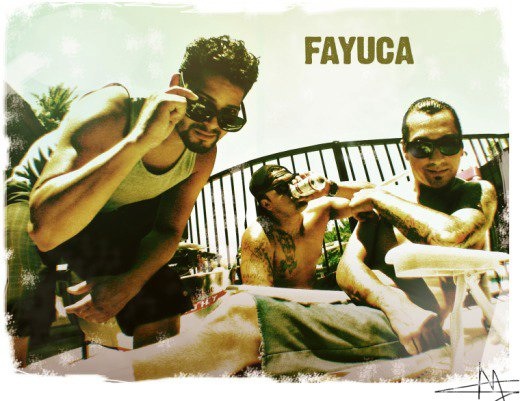 Phoenix based Reggae/Punk/Latin band, Fayuca, is gearing up for their highly anticipated sophomore studio album. After three years of touring and promoting their latest release, The Assassination, which featured the single, Dirty Girl, Fayuca has learned the ropes, callused up and is now ready for some down time in the studio. With the return of Cisco, Fayuca's original bass player, and Rafael's health up to par- The band is excited to give fans their most accomplished release up to date.

"Its been a rocky road", says, front man, Gabriel Solorzano; a constant struggle with line up changes, label break-ups and battling with their drummers health- The band is grateful to have all three original members back on board and in flawless physical conditon.

"You wouldn't have ever imagined by the way he beats those drums" Says, Bass Player, Cisco Carballo about drummer, Rafael Ruiz who was forced to sit out for Fayuca's summer tour with Ballyhoo! due to an emergency surgery which possibly saved his drumming career. After years of hernia belts and icing down after shows, Raf was emitted into a local-Phoenix hospital in early July and is currently recovering from a hernia surgery.

Fayuca will remain semi "road" busy this summer. The band will spend most of their time writing and recording their newest material, while limiting their tours to the Southwest and Southern California region. Who knows what direction the band may lead now that the Raf is at his full health and potential, all original member are back in the band and Gabriel chopped off his curly little locks; the possibilities are endless!