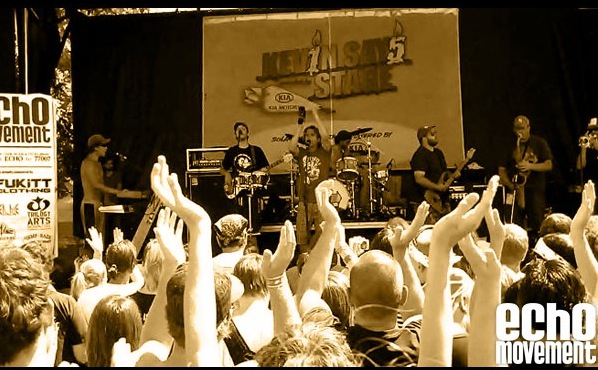 Echo Movement What's In Your Playlist?

Stephen What's In Your Playlist?

I permanently "borrowed" this album when it first came out in 1994 and I always come back to it. I still can't decide if it is accidentally brilliant or Beck is just so cleverly ironic...maybe its both, but this is one of my favorite albums.

I am a big fan of Radiohead's earlier work, but I have to limit my exposure to such dark moods if I am to be productive. I can groove to this album all day because it adds the warm embrace that is reggae. Winning!

The Doors - Without a Safety Net (Box Set)

Just like Marley, a couple of The Doors' albums are always nearby. They have had a huge influence on us. "When The Music's Over" is one of my favorite songs.

These guys are one of my favorite bands in our scene right now. These guys have set the bar pretty high in our genre and they do it with such an awesome vibe.

Jack Johnson - To The Sea

Such a chill vibe and you can't help but sing along. One of my favorite albums is Jack's Inaudible Melodies. I can put him on at any time and it immediately puts me in a better mood. Thanks Jack!

Dave What's In Your Playlist?

Polyphonic Spree - The Beginning Stages of the Polyphonic Spree
This group is a foundry of creative sound. It's organic, natural and super-original music, and always brings a smile to my face.

311 - Transistor
The writing is amazing, but this has always been my favorite album by them because of the precision recording and production. It's been on my playlist because I always use it as a reference when I'm producing an album (hint hint).

Mozart - Serenades, Symphonies and Concertos
He was in the genesis of modern music- a founding writer in Western Music that influences every song we hear today. I love to listen to his moves, his phrasing and the song structure and try to work that into new ideas.

The Beatles - White Album
Each song could be a stand-alone album. The Beatles were phenomenal story-tellers and, to me, their songwriting and arrangements are unsurpassable. This album humbles me in every way and I just always have it in arms' reach.