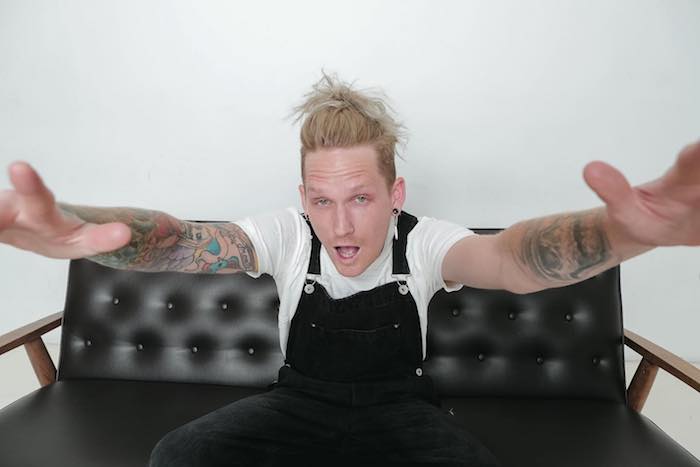 The Irie, from Arizona, are quickly becoming a name in the scene. Their debut album, Planet Paradise, hits on every level. It truly is a party album that you turn on and gets the whole house bobbing their head and moving their feet. To me it is an art to be able to create such a creative album that still blends in the sweet sounds of the reggae vibe. Having seen their live performance I can fact check that the stage performance matches the intensity on the album and more. George Ruiz keeps the crowd in constant motion with his excellent precence while singing. Marcus Mapes reminds me of an energetic Brett Bollinger of Pepper on the bass, you can see the excitment through his energy out there. And Johnny Groove brings the drums to a whole new level making the back of the stage up front and center. A live performance by these guys is more than worth it and highly encourged to attend once their party bus hits your town.

I was able to link up with Johnny Groove for a little "What's In Your Playlist" and a new thing added to the feature "Quickfire Questions". You can find below his current top five he is listening to and then check out the questions.

First reggae album you bought? Sublime self titled album.
First concert you attended? NSYNC (Lol true story I was 9 years old), then Van Halen.
Favorite alcoholic beverage? Whiskey & Ginger Beer
Bong or joint? BLUNTS or JOINTS
What is your go to stress relief? Favorite stress relief and my therapy would be playing the drums. Drums are my therapy and the one place I don't have anything on my mind besides being in the moment with my brothers on stage.
Favorite activity on the road? Favorite Activity on tour would be showering or exploring the city if we have time.
Craziest time you were high story? Craziest time I was high probably would be one of the first times smoking weed, I think I was 14 years old with two of my band members at the time. It was all of our first time smoking ever. It was at a park by my house pretty late at night, we smoked and I started laughing at everything, my friend Nick thought he saw Gumby and was running around the park swearing he saw Gumby, and my other friend Jake thought he saw his mom that passed away... So to say the least it was pretty crazy lol or other craziest high experience would be seeing the blue man group in vegas.
Favorite moment of the recent tour? Favorite moments on the most recent tour would be our run with Anuhea and her band (mad love for them) and meeting all of our fans for the first time in Texas and making new friends, family, and fans. I know George's favorite moments on this past tour was getting to go on stage with Anuhea every night throwing down a verse on Is This Love by Bob Marley w/ Anuhea.

The Irie Links and Tour Dates