Get To Know "Gyration" 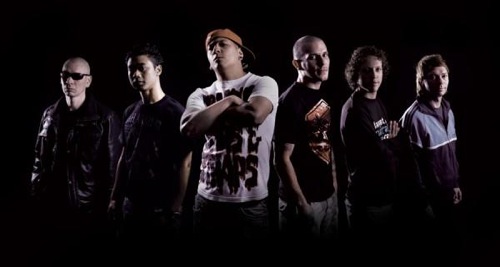 Gyration emerged from the streets of Tilburg, Holland at the beginning of 2009. Formed by Jar Nobrega (drums), Stuart Brett (bass), Danny Pluijmert (Guitar), Ernst Amadsalipan (keys), Diederik van der Plas (guitar) and Jeremy Kock (vocals). Gyration is not restricted by genre specifics or regulations, the band has a diversity of cultural backgrounds with roots in Curacao, Aruba, Surinam, England and Holland, these different cultural backgrounds are the backbone and combining layers of a sound that is fresh and diversified, blending reggae-flavored rock , dub, dancehall and blues, all topped of with a Caribbean flavor. After some hard work in the reheasel room the fruit of the bands labor is paying off in the form of the upcoming debut album “ Co-exist” , that is produced by Gyration productions. The recordings captured the energetic essence of the band and will take its listeners through a variety of musical stages. All in all with their energetic blazing live performances and with the release of “ Co-exist” coming up the future looks promising for Gyration.

Myspace
Official
Twitter
Last modified on Tuesday, 29 May 2012 03:02
Tagged under
back to top