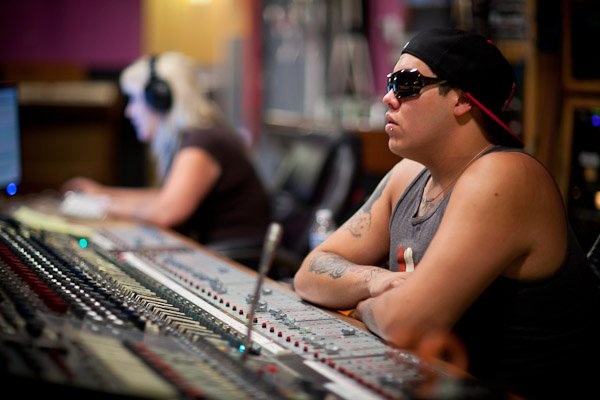 How did this new venture with Eric and Bud come about, did you approach them or did they approach you?
I had been introduced to Eric and we kind of became homies and would smoke together at the studio and shit and then we would jam. Next, we started to exchange some music, I would give him a track of mine and I would record a guitar solo on a track of his and stuff like that. Eventually we started to hang out more, you know we started going to house parties and get drunk or whatever and we would be like....