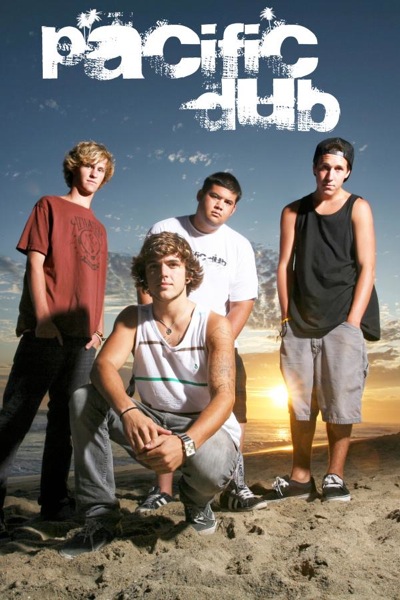 Rumors on the streets is that you've been in the studio... So what made you decide to start recording again?

(COLTON PLACE- Vocals/Rhythm Guitar) - "We're just always writing music, so having the opportunity to get in the studio and record before a tour is awesome."

Where are you guys recording... has it been a good experience?
(BRYCE KLEMER- Lead Guitar) - "The best! JP Hesser over at Castaway 7 Studios really has a passion for his music, so it was a huge compliment to have him wanting to work with us and our music. Ps... it's always a good vibe when the studio and the beach are only 5 minutes away."

Whats it like releasing your 3rd album in just over a year?
(RYAN NAGLICH- Bass) - "Kinda shocking... but it feels great! We love making our music accessible to our fans, but if you were to ask us a year ago at our very first show, I don't think any of us would've had a clue we'd already be releasing our 3rd album in 13months." 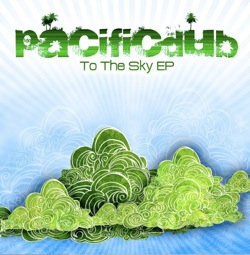 How has the addition of your new keyboardist, Sean Rawlings, influenced the making of the next Pacific Dub album?
(DAVID DELANEY- Drums) - "He's had a very important role in making the new album! Sean is great... having him allows us to explore new sounds and rhythms that once weren't available without him. Hes a huge benefit not just for the recording, but especially in our live performance."

What can your fans anticipate/expect out of the new EP?
(COLTON PLACE- Vocals/Rhythm Guitar) - "The new EP is full of high energy! It still has the heavy rock n' roll influence w/ reggae/hip-hop rhythms that our fans are used too... but this EP definitely represents a more experienced, and more mature Pacific Dub."

Pacific Dub already has a strong, loyal, and fast growing fan base... Do you think this album will be able to reach an even broader fan base than your previous albums... if so, why?
(BRYCE KLEMER- Lead Guitar) - "We keep improving. The result of our improvements will be our fans experiencing a better record and a better live show. The more our fans enjoy what we do as musicians... the better chance they're going to leave and go tell more people to check out Pacific Dub."

How about your upcoming 2010 Time Bomb Tour w/ Iration... when and where are you guys going?
(RYAN NAGLICH- Bass) - "The tour starts April 23rd in Anaheim, which will be our home town crowd. Then the tour continues across 10 Western States. (check www.facebook.com/pacificdub for official tour dates)"

What cities are you most looking forward to sharing your music with?
(DAVID DELANEY- Drums) - "Playing in Orange County and in front of a home crowd is always the shit, but playing everywhere else outside of California is going to be a blast. It'll be our first time out of the state and we're pumped for that... if I had to pick I'd have to say our show at Fox Theatre in Boulder, CO & our show at Hard Rock Hotel & Casino in Las Vegas, NV sounds like the most fun!"

Do you think there will be some teasing or hazing going on during the tour between Pacific Dub and the Iration?
(BRYCE KLEMER- Lead Guitar) - "None... only hugs! hahaha those Irators are some crazy partiers... but we have some of our own tricks up our sleeves! If it were up to me... I'd be telling them to watch out lol"

Last but certainly not least... when is the release of "To The Sky EP"?
(COLTON PLACE- Vocals/Rhthym Guitar) - "MusicBailout.net will be the first to hear this... the new Pacific Dub album will be available for download on iTunes Tuesday- April 20th. If you want a actual hard copy of TO THE SKY EP... you're gonna have to make it to one of the 2010 Time Bomb Tour shows!" 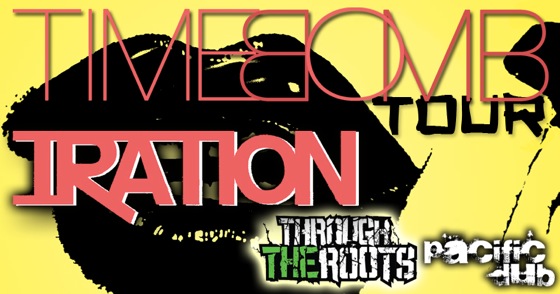