Get To Know "Sono Vero" 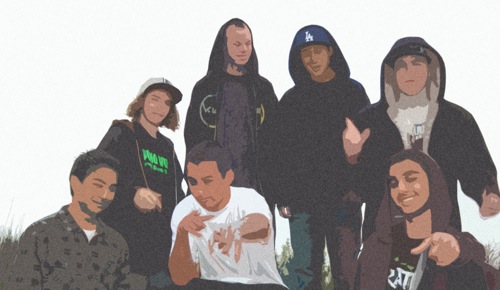 Sono Vero began in 2010 with Charlie Ueda and Ollie Kaminskas, whose love for reggae music brought them together to begin creating music. Soon enough they began writing original songs, building up a balanced line-up of talented musicians, and as well, a fan base. For many months the group struggled to find solidity as their current bass player Aaron Argueta, and rhythm guitar/keys player Dhillon Taylor, had for many months been in another reggae band called Premium Cultjah. Since January 2011 Premium Cultjah has broken up, leaving the previous in between members to focus completely on Sono Vero. Now Sono Vero are beginning to branch out in the music scene, being taken under the management of Dub City Music, playing more shows than before and even preparing for a summer tour. Just recently in March, Sono Vero has released their self-titled EP onto Itunes and has received great success, soaring to Itunes's top 10 reggae albums chart.