There was a problem rendering your image gallery. Please make sure that the folder you are using in the Simple Image Gallery plugin tags exists and contains valid image files. The plugin could not locate the folder: images/stick_figure_nb_2018
Wednesday, 11 July 2018 13:41 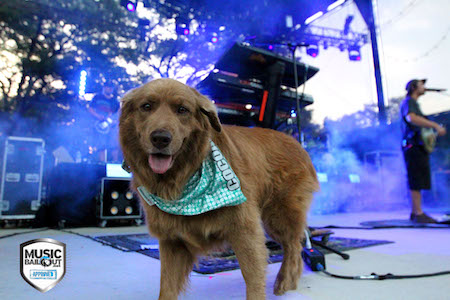 Stick Figure has left a lasting impression on ears around the world, playing top-tier festivals and major summer tours, while constantly pushing out chart-topping tunes. It’s hard to believe the signature Stick Figure sound, beloved by millions, has such humble roots. From a bedroom to the world, patience, vision, determination, and talent all lead Scott Woodruff and Stick Figure to their current iconic state.

From the early days of an east-coast artist who acted as a one-man production house, tackling life’s hills and valleys in turn-of-the-decade releases The Sound of My Addiction and Burning Ocean, Stick Figure instantly grew a following around the scene. Immediately impressing people with obvious creative talent and quality, Stick Figure’s stock soon rose to megastar status, solidifying his future with a relocation to California and pushing out the breakthrough album Smoke Stack, followed by two #1 Billboard reggae albums in Burial Ground and Set in Stone.

The evidence was clear, Stick Figure had tremendous talent. A keen sense of detail and a deep understanding of musical instruments arranging in harmony helped Scott find a voice all his own. However, rapid organic growth takes more than talent alone. Scott knew he’d need to spread as many smiles on faces as possible, and that the best way to do that would be to bring his offerings to the stage, assembling a full band of talented musicians.

While they say you should never meet your heroes, the guys of Stick Figure provide a perfect counterpoint to this sentiment. Hollywood dreamchasers get a reputation for becoming jaded from stardom and fame, or the pursuit thereof, but the music of Stick Figure shows a grounded artist putting his compassion and enthusiasm into practice. A relatable and approachable demeanor, and a lovable chocolate Australian Shepherd named Cocoa, made Stick Figure one of the most well-liked current musical artists.

We were lucky enough to meet Stick Figure on his first tour through Texas, and were instantly impressed with the genuine nature and personality portrayed. While some artists can’t wait to get back on the bus, Stick Figure consistently interact with their fans. Inspiring people through both their music and their actions, Stick Figure has uplifted hundreds of thousands of people, without losing touch of the sometimes not-so-sunshine-and-rainbows reality of life.

While these reggae superstars continue their trek across the country’s largest amphitheaters, they haven’t let the stardom get to their heads. Show up early enough and you’ll likely catch the group tossing a disc or enjoying the scenery. A band so down-to-earth they almost blend in with the rest of us. While it wasn’t a short and easy ride, the determination to keep on creating has lead Stick Figure down an influential path. Stick Figure is an artist that knows their roots, both musically and personally, forging a success story that people can’t help but root for. Be sure and catch Stick Figure on the rest of the Schools Out For Summer Tour for an experience that just might change your life.