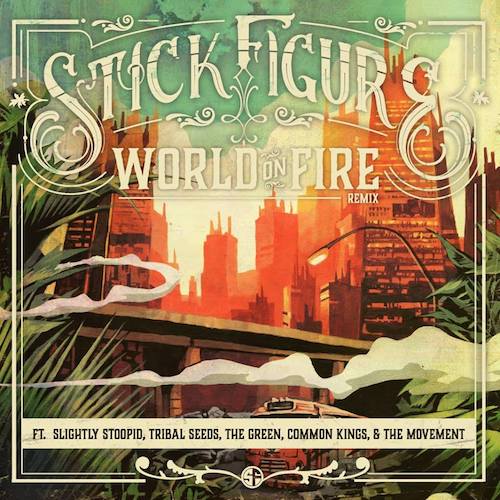 Stick Firgure has been setting the world on fire lately and it is perfect timing that he just dropped his remix for "World On Fire" featuring a list of some of the heavyweights in the scene. Who you may ask? Slightly Stoopid, Tribal Seeds, The Green, Common Kings and The Movement. I would say that is a damn good cast of artists to have on your song. Stick Figure will also be heading out next week for the "On The Rocks Tour" with The Movement and The Elovaters. If you are lucky enough and live in Colorado I would highly suggest hitting up the 4/20 show to wrap up the tour with Pepper, Steel Pulse, The Movement, and Iya Terra and hosted by the great Nick Swardson. If anyone has money to fly me out hit me up, lol. To hear the new track and a full list of tour dates see below. To purchase "World On Fire Remix" click here. 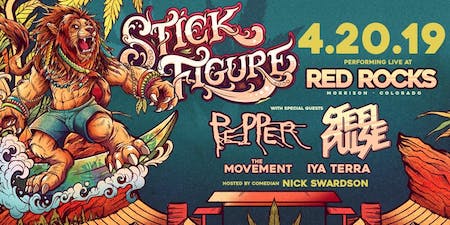 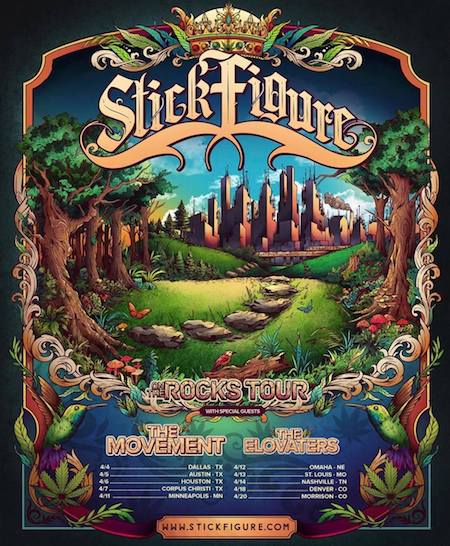