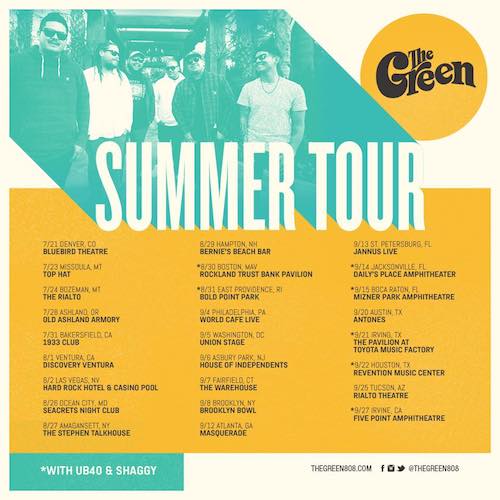 Oahu, Hawaii's band The Green are pumping out lots of freshness as of late. The band recently released their acoustic record "Black & White" consisting of 15 of the bands favorite tracks. Along with the album The Green has also been dropping some great videos to accompany "Black & White" which can be seen below. Of course many of you out there should know The Green will also be on what many call the Crème de la Crème of Festivals California Roots Festival. All this is leading up to a much anticpated Summer Tour in which some shows will be headlining shows and some will be with UB40 and Shaggy. Yes you heard that right. The Green will be the supporting act for some legends in the game. The tour kicks off July 21st in Denver Colorado at the Bluebird Theatre. For a full list of dates see below and of course if you have yet to purchase the album "Black & White" support the band and click here to do so.