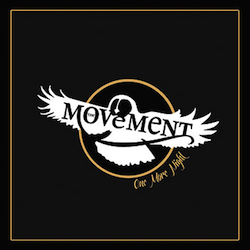 The Movement is streaming their new single, Mr. Policeman. The new album "One More Night" is set to be released on March 20, 2012 and is the follow-up album to 2008's Set Sail. The band will be hitting the road in support of SOJA and dates can be seen at the bottom of the page.

See player below to listen to Mr. Policeman as well as previous released single "Something To Say". Also for those who like to know the tracklisting you can view this as well.
1. When The Feeling Goes Away
2. Easy Love
3. Something To Say
4. Area
5. Lonely At The Top
6. Mr. Policeman
7. REM
8. Using My Head
9. Across The Bridge
10. One More Night
11. I'm Gone