Get To Know "The Originalites" 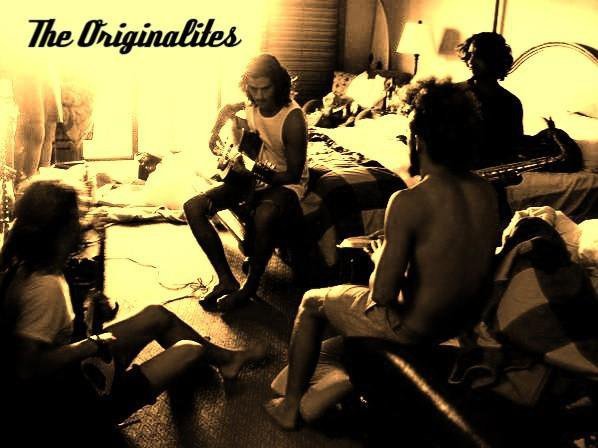 The Originalites were created near the end of the school year in 2008. Peter Fontes and Daniel Tello had some guitar and drums songs that they had worked on before and only needed a bassist. So, it was after a lame day of Saturday school, Peter and Tim Frankeny were talking about music and all that. Tim, being a bassist and Peter a drummer, they got together and played some covers while waiting for Daniel.

Then Daniel showed up (after surfing) and they played long into the evening. Playing Sublime, Jimi Hendrix and also playing two originals; Porque, and The Funk Song (yet to be released). They got themselves ready and played a few shows during winter (DiPiazza's, Evocal, FVHS etc.) and then got a gig at African Corner in Fountain Valley, in support of The Moses Fund Charity. It was there that they met Mike (Michael Shmelk as we called him) Belk, a young (but older) talented saxophonist. Without ever meeting, EVER, the song MUSICAL FUSION was played and it was instantaneously musical fusion. That first meeting was recorded (live) and is still on our myspace today, as a sort of ode to that evening. Later, once again through our dear friend Kiro Bigira (The Originalite) and founder of African Corner, we met a keyboardist named Evan Postel. Much love and thanks goes out to Kiro and his enterprise. Since then, The Originalites have played countless shows(3+ a week), including Chain Reaction, The Key Club, Tiki Bar, TrashPretty and more. As a band they have been together for almost 2 years and as musicians they all have been playing for over 9 years. “We feel a positive life style, starts from the roots!” Since they were brought up on classic rock, ska, reggae, and punk, they feel to become great musicians; you must study the classics first. They have a powerful live sound only because of how much energy we exert when we play. The recordings you hear have been done live, (in the oven), very loudly. Some are new and some are old. The Originalites will be the last ones to tell you that they are good, so please let them know what you think! They are available to play private parties, pubs, weddings, cruises, festivals, or any type of event that needs live music and etc. JOIN THE OG-ite FAMILY! THANK YOU TO EVERYONE WHO'S COMING OUT TO OUR SHOWS AND GIVING THEIR FULL SUPPORT!