Get To Know "Through The Roots" 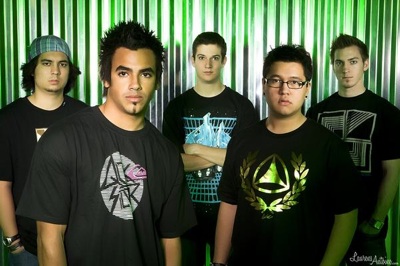 With a combined vision, to educate and entertain, Through The Roots, was formed in the spring in 2008. Members of the band Evan Hawkins (vocals/guitar), Taylor Boatwright (drums), Bryan Jackson (bass), Brady O’rear (rhythm keys), and Chris Cruz (lead guitar) combine their musical talent and experience to create an innovative sound that is truly satisfying. Whether it may be their uplifting lyrics or catchy melodies, these guys know how to entertain a group of listeners of any size. The guys met one after another as a sign of fate and have been jamming consistently ever since. They played their first show after only two months of practicing together, and have played over 50 shows since then, up and down the coast of California. From San Diego To Chico, California, and through out parts of Arizona they have rocked crowd’s in the thousands. With hopes of obtaining a record label and goals to record their full length album. Through the Roots has big plans for 2009: after recently finishing their first six song EP, TTR’s management is working diligently to fill their calendar. Through the Roots has shared the stage with bands such as Tribal Seeds, The Liberation Posse, Natural Incense, Reggae Party, and Steel Foundation. Their main influences are Steel Pulse, UB40, Ooklah the Moc , Eek-a-Mouse, and Sublime. Upcoming events include The Human Rights Festival at San Diego State, playing with The Pack in Tucson , taking part in the Emergenza Music Festival, and jamming for the famous Cannon Ball Run in Chico, CA. TTR is working closely with the CEA Foundation in a persistent effort to educate about the dangers of drunk driving and to promote the idea or making good choices. Life is short and there is no time to waste, the music of Through the Roots is able to accomplish getting this message to people through their satisfying tunes.