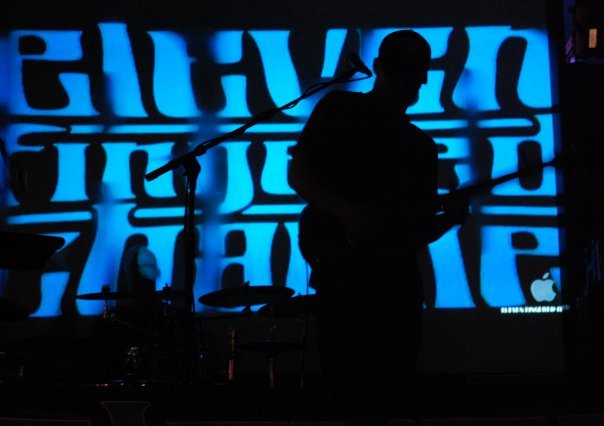 Travis Damron is the lead singer of Eleven Fingered Charlie, a hometown favorite of mine here in Austin TX. Travis let us in on who is in his playlist. A few local area bands here in TX made the cut and he talks about the same show I went to for Pepper years back.

Grimy Styles - “Rewind”
Local Austin, TX boys. One word, DUB. Purely instrumental. No need for vocals in this band. Their sound takes you on a musical journey. These guys are a lot of fun to see live and frequently play the Flamingo Cantina, a reggae club in Austin, TX on 6th st. Talk about being hypnotized by the sound. Personal favorites off their album Rewind are, "Master Kwak", "Smokin on the Deck" & "Sound Czech". Jacob is one of the most entertaining drummers to watch live. He has triggers assigned for dub drum effects so you will see him engineer his effects while he continues to drum with one hand. Chris on the bass is locked in with Jacob's backbeats. Martin is an excellent key player. He features the melodica on many of their songs and Matt is a fantastic guitar player. If you ever have a chance to see these guys live, do it!

Passafire “Submersible”
We got to meet these guys for the 1st time when we opened a Pepper show @ House of Blues-Dallas a few years back. We were the 1st of 4 bands, EFC, Passafire, The Expendables & Pepper. I remember loading out after our set and hearing the sounds of Passafire as we rode the elevator down. When we had a chance to go in the house and listen to their last few songs I remember thinking... "man their engineer has their delays tapped in perfectly." After talking with Ted after the show, I came to find out he was dub-mixing his vocals on the fly. He also engages Will's vocals simultaneously so that their long delays float in harmony. Will is a fantastic bass player and singer. Lots of energy on stage. Nick is a rocksteady drummer that always plays exactly what the music calls for and Adam contributes synth, organ and piano sounds that gives each song its own shape. It was their live show that inspired us and we enjoy all three of their albums. We have been fortunate to make friends with these guys and every now and then get lucky to support them as they roll through Texas.

Pepper - “Kona Town”
Discovered these guys on Napster back in the college days at TX State University-San Marcos. After downloading songs like "Stone Love", "Stormtrooper" & "Tradewinds", this cd was sure to make it to all the San Marcos pool parties during the summer. After being a fan of Sublime for so long, it was nice to hear a similar groove with their own approach. The 1st show we went to had to be back in 2003 when we saw them come through Stubb's-Austin, TX with Slightly Stoopid. This was before either band was playing the outdoor stage so we were able to get up in the front of the pit fairly easily. Impossible now. Pretty much every song on "Kona Town" is a jam and the artwork for that album is awesome.

Shark Attack - "Fish"
Straight from Galveston, TX these guys were our brother band from the beginning. Lot of love for these guys. Craig Lawrence was the engineer for "Fish". The boys from Shark Attack introduced us to him and Craig recorded our 2nd & 3rd albums. We have played many shows with these guys and every show has been a blast. A memorable venue that we would play shows with Shark Attack was The Balinese Room in Galveston, TX which was unfortunately lost during Hurricane Ike. This venue stood out on stilts in the middle of the ocean. Load in was a bitch. Ryan and Marc do a great job with the songwriting and their rhythm section is fun to dance to. Check these guys out at sharkattacktx.com

The Aggrolites - "Dirty Reggae"
Roots. Keeping the old school sounds of reggae alive. Really love what these guys do. "Dirty Reggae" is a great album to listen to any time of the day. All these guys are great on their instruments & vocally but the organ is definitely the feature piece of this band. Played a show with them at The Granada in Dallas and was a fan ever since.