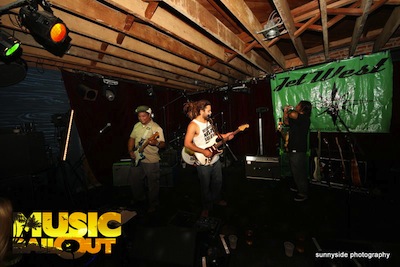 In association with the Jet West interview (link), the below has been modified and built off of that arrangement…

Earlier this month on a sunny Saturday in Ocean Beach, California, the good vibes were flowing strong heading into the evening where local San Diego band Jet West, along with Los Angeles reggae-rock risers, True Press, were set to pack the favorited SoCal venue, Winston’s. I was fortunate enough to have the chance to meet and get to know all the guys who would be playing on stage that night, as well as talk with the important few who make it possible for bands like these to put on excellent shows like this and play a vital role in cultivating the sounds and lifestyle the we fans need and appreciate so much. During the night, I caught up with the guys from True Press outside the venue for some quick thoughts!

Well we met at Cali Roots and I don’t want to mention anything incriminating… but I had a bunch of good times (laughing)! With a show like that, everything of that nature is inspiring. 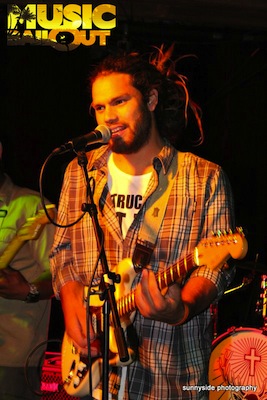 We played the year before and it was really popping and really big for us. I don’t want to drop any names, so watch your toes but there’s this guy Dan Sheehan and Jeff Monser and they’re really hard workers. They got us in the for main stage the very next year and it inspires us so much because that’s like the network Mecca in Northern California and there’s so many bands here in southern California and the whole scene is joining together and taking off.

On the scene and True Press…

As you look at indie rock or anything on TV to the radio, all the commercial scene, they were the same as us. Either underground or not even heard of, to then people here n there digging the music and just following up with each other. It’s all word of mouth, now word of mouth is changing to big networking through social media and whatnot. Everything now is just crazy cool, there are so many bands with this reggae thing whether it be Roots or any kind of alternative of reggae but the scene is just growing and growing.

I’m excited because all you hear is just new kind of stuff, whether it be folk music with reggae, drum and bass or dubstep, it’s growing big. The best thing about it is that all the big names floating around, they all help each other. There’s a lot more love than I thought there was going to be. After going from all these festivals and all these bands moving together, we watch eachother do the thing and it gets better and better. 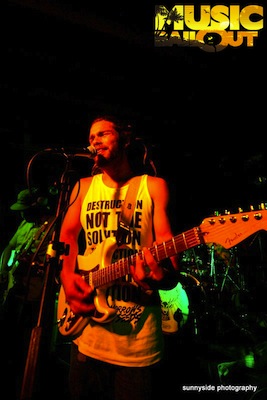 I’m in love with playing, I’ve been in this band for 3 years and sure we’re just a baby band right now because we’re just growing with eachother. We’ve just been blessed and lucky to be hitting all the spots. Even with this interview, meeting you and all these good people, the little things truly mean a lot and if you believe in us than we believe in you.

We appreciate the love by the way, the movement IS alive and I feel like it’s making people feel alive. It’s not just us playing the music but everybody that’s coming out is feeling that positive vibe. At Cali Roots, the energy was insane! Everybody there was just into it, you could just feel the buzz and the positive vibes in the air, and that’s growing with the scene and reggae music itself. We’re just blessed to be a part of it.

K.P. shed’s light on his role being both drummer and vocalist and where True Press began…

It’s more of a feeling when singing and drumming, I don’t feel like there’s any wrong in doing in it, you just kind of go for it. There’s no right or wrong necessarily, it’s just a vibe thing, it’s more of a moment. So in that moment of time, even if I do mess up there’s more of a meaning behind it and you just keep on moving, good vibes!

I enjoy sticking back and working with the harmonies, it comes from a far place man. This is a dream. We started in this little shack out in LA, the Pasadena/Monrovia area. Johnny (Lopez, Bassist) had a spot and there was an abandoned house next store, there was like ten houses on the whole street. We ran a one-hundred-fifty foot extension cord from his house, jumped the gate and we’d play in there. We loaded our equipment in there and soon enough we’d even leave our gear there and we’d just jam, that was our space how we started. That was back in ’06 in this little abandoned shack with our first equipment and just jammed dude.

I also spoke with Kyle “FK” Garcia, True Press Manager and Owner of FK Studios in Monrovia, California about how the relationship began and about working in the music industry today…

We all grew up in the same area, the guys were a couple years older but I was always 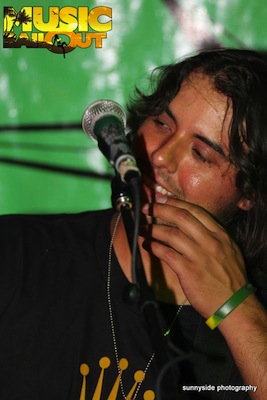 around other guys playing some harder rock stuff at the time, but we all knew the same people. They started rehearsing at my studio a super long time ago and recorded some tracks almost 6 years ago. They came back when Gyl joined up and they needed a place to play daily and we just started working together. I was taking music business classes and they said what’s up with that and we went from there. It just kept on progressing. You can learn a lot of stuff from school but always way more with hands on. I always
like to talk to people, small talk with people Facebook and quick little chats, if you’re cool with them they’re down to help you out you know, it’s necessary to build relationships.

It’s like Gyl says to never burn bridges and I take that seriously, you never know when you need to go back over that bridge. You can be disappointed about something but never to be vindictive is really important. Someone can be the biggest asshole but you never know where another person is at in the moment, there’s no reason to hold any grudges. Anytime we can play with a local band that can bring a crowd, it’s always fun and great to get a show and hang out with everyone.

True Press raged that night and be sure to check them out live and certainly pick up all new tracks coming from these up and comers. The evening followed through with nothing but great jams with new and old friends alike. It was a righteous Saturday night in San Diego. Many thanks and appreciation for the time and hospitality from Jet West, True Press and all the great friends in Ocean Beach.