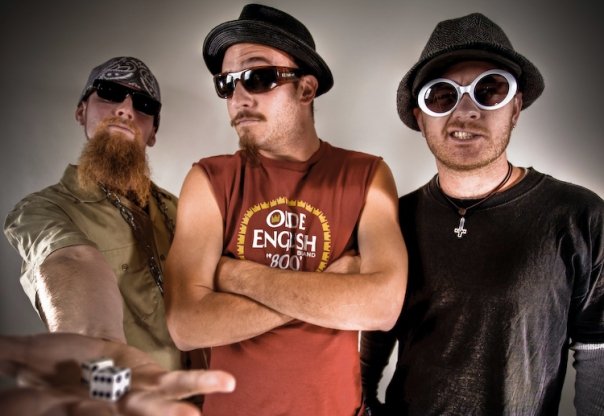 I believe Mic stated in a recent YouTube clip saying, "Heavy Lies The Crown" is a border line concept album. Would you elaborate on this?

Mic Dangerously: A lot of the lyrics started to revolve around the vegas night life: gambling, drinks, and girls.. Once I noticed a lot of the lyrics were coming out with a constant theme, I just let it ride baby.

TimmyTooTall: Well, company was the album that shows the frontline, or soilder status....Pawn Gone King was the stage where we got our pawn across the board and was able to choose our next piece. If you look at the pawn, he has a crown and cracks to show he's been through battle. (People say you can't be a king, but you can be whatever else you want, but WE say if you try your best and give it all you got you can be whatever you want). Now, Heavy Lies the Crown shows the new adventures, trials, tribulations, etc.

Did you bring in Josh Fischel to help with the production of the album? He by far is a genius to me. What would you say he brings to the table when recording an album?
MD: Hound Dog Troubador?! That’s my neighbor! He and I have worked together a lot. We play in a band together called The Fiction, and worked on the last album for a band called The B Foundation. We have a lot of fun working creatively, so I asked Josh to come in and recorded guitars with me for ‘Heavy Lies the Crown.’ It went swimmingly, he’s got a really great ear, and he’s a vibe-junkie just like the rest of us..

TTT: Josh is awesome. He's a great guy, easy to work with and has some really good ideas.

Scott Wittenberg: Yea man Josh is no doubt the man...its good to have friends in HIGH places.

I love the writing in a Zen Robbi song, especially Asshole. Talk about this great song and where some of the writing comes from.
MD: Thank you very much, I actually wrote that song on a napkin waiting for a pizza.. It all came out in about forty five minutes; more often than not the really good ones write themselves. I was in a shit talking mood, so I started writing about all the people who’ve really annoyed me over the years, and came up with a really polite and fun way to say FUCK YOU!

TTT: There will always be people that try to help themselves by making it seem that they are helping you. Sometimes it does help you, but sometimes their help can set you back. Everybody has these people in lilfe. It's how you go about it and how you let it affect you and your dream that really counts though.

SW: The music in Assholes is really sorta almost a sarcastic parady of old jazz standards in a way. I love that tune...

A Zen Robbi album literally hits you in the face from all ends of the musical spectrum. There really is no genre you don’t cover. How difficult is it to blend all these styles together when recording an album?
MD: It’s more fun than anything. My boys and I love getting weird as often as possible, and flippin through styles like a holodex can definitely be found under our ‘turn-ons’ section.

TTT: The song list, or order of the album, is the hardest part of any album. You want to kick it off just right and keep momentum going throughout the whole thing. With this one, we threw darts blindfolded at a wall.

SW: Not at all really, we come from such different places musically that our style comes really quite naturally when the three of us play together, opposed to more of a premeditated sound. 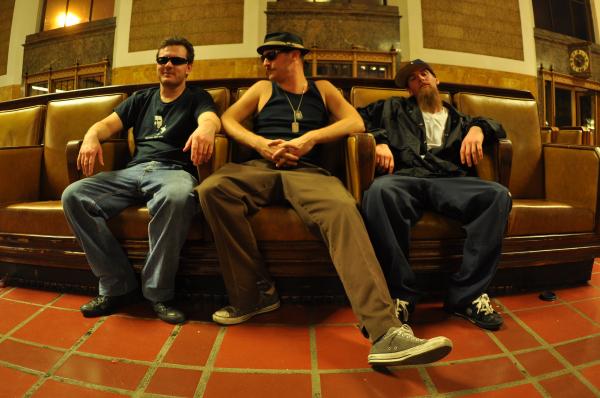 You guys have played with the likes of The English Beat, Bullet for My Valentine, Kottonmouth Kings, andHED PE. Are some shows harder than others to get a good crowd response?
MD: Not if you know how to shake ya wee wee.

TTT: Well, to be honest, it's pretty easy for us to adapt to the crowd. If it is a harder show, we'll play more of our faster, more rockin' stuff. If it is a more mellow setting, or chiller crowd, we'll play whatever we feel like. We usually judge our set on the crowd. I can't remember the last time we made a set list. We just rock em out and link songs together on the spot. It seems to work out for us pretty well for us.

SW: Not really...obviously we do better with some bands than others, but I like to think that our sound is diverse enough that we can really fit in with almost any group. Or is that wishful thinking?

Which artists, dead or alive, would you guys like to collaborate with in the studio?

MD:I wanna do a duet with Christina Aguilara over the Fresh Prince of Bel Air beat.

What is the difference from a regular show to a Zen Robbi show?
MD: We usually have hotter chicks.

TTT: Everything is different....we have the coolest crowds, the best ganja (Kottonmouth Kings have some bomb buds though, too....fo ril...they aren't lying), the vibe of the show is amazing. You can bring the whole fam damily if you want.....

Who is the biggest gambler of the group?
MD: I am. I love me some hold em, but with black jack I'll be at the table all night singin, “What’s ya name? Who’s ya daddy? Is he rich like me?”

I am about to head out to Vegas in a few weeks. Any Vegas tips from the Zen Robbi guys?
MD: Roulette-Always bet the bank on Red 13, Black Jack-Always hit on 16, Hookers-ALWAYS wear a condom.

SW: Make sure your prostitue doesn't have a penis and don't let the cops find your weed(it's best to hide your stash in your ass fyi)

The old saying use to be “Sex, Drugs, and Rock N Roll”. Is this something Zen subscribes to? Or is there another mantra you guys go by?
MD: More like SEX, NUGS, and ROCK n ROLL!!!

Stay away from needles kiddies.. Remember, you can mess yourself up first time you try hard drugs, but you can never overdose on music, weed, and pussy. 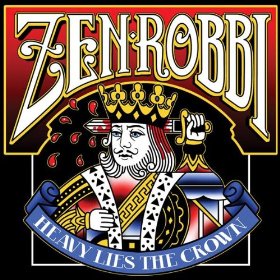 Fake or Real Breasts?
MD: I don’t care as long as she doesn’t mind I wear my 'furry' bunny suit..

SW:Burritos, duh. Unless its 5 or 6 fish tacos

TTT: Get on the Funky Train!

TTT: Candy is Dandy, But Liquor is Quicker